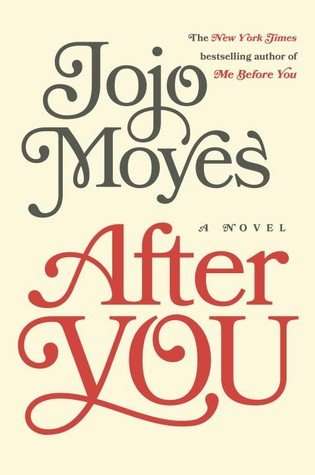 Okay let’s do this..

So even from the start of the book I don’t think Me Before You needed a sequel. Na-ah. No. Never. IT.DOESN’T.NEED.A.SECOND.BOOK. Period. Don’t get me wrong, After You is a good story, maybe it should be written as a stand alone one and not to be associated with the first book.

You see, as I was reading it, I kind of felt like I’m in a different kind of book. For me, I cannot see the connection between Me Before You and After You, I just didn’t feel it. The story is good, I get it Louisa meets this new guy blah blah and then there’s Lily blah blah blah and the accident at the very end where there’s gun shots and all the blah blah blah, but really is this story really needed to end all this shiz? I don’t think so. I think if this book was written with different characters, I may have like it so much.

Again, Me Before You doesn’t need a sequel. Period. It’s much better to leave it alone.

Binibining `E works for a BPO company by day and is a supersized, weird and peculiar super hero by night who loves the sea, the sand and the sun. She has been eating books for breakfast, lunch and dinner and even for desserts too. An amateur sketcher, can draw when bored. Can write at times and whenever she thinks she can. A certified bibliophile, expect lots of book reviews and adventures with this ugly writer. She is not an ordinary girl. She is peculiar indeed. Will prefer basketball over drama, books over telenovelas, a good book and a cup of coffee over tv.
Articles: 98

Book Review: This Could Be About Either Of You by Anna Long

Book Review: The Girl Who Chased the Moon by Sarah Addison Allen