Don’t let anyone dull your sparkle

She is madly, deeply in love with that guy. They met at a university around Manila and they were classmates. The first month of the semester, the guy is starting to get in touch with her, as the days have passed her feelings are getting stronger. They fell in love with each other, the guy is consistent in making her happy and he never failed to make her feel how he loves her. Three months have passed, the boy is starting to treat her coldly, the feelings were not the same anymore.

And in just one snap, everything has changed. The guy stops checking on her and there she found out that the guy is seeing another girl without letting her know what happened to him and between them. He just left her hanging, thinking and longing for his presence. Months have passed, another school year is about to start, she is somehow recovering but still, her feelings for him is still the same as when she first met him. Trying to be strong in front of him, and crying out loud without him knowing it. But there he is, trying to win her heart again. Doing the things he knows that can win her back, and he did it. She fell in love again. He promised that he will never leave her again, he promised that he will love her unconditionally. They were so happy making memories together. It came to the point where she introduced him to her family despite the fear, she did it just for him. Six months have passed, the old him came back. Treating her coldly, not checking if she’s okay but still her love for him never changed at all. And once again, all of those promises vanished. He left her again. Pleasing him to come back and telling him to never leave her again, but it didn’t work because someone else is making him happy again. He broke her heart again. But despite all those heartaches, there she is standing bravely with a smile on her lips and ready to fall in love again.

If you liked Don’t let anyone dull your sparkle, please read other entries for the theme Half-Empty Half-Full only here at The Ugly Writers: 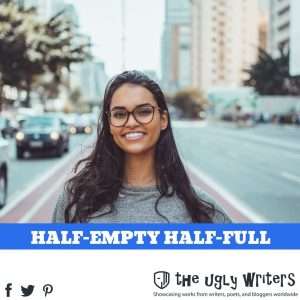 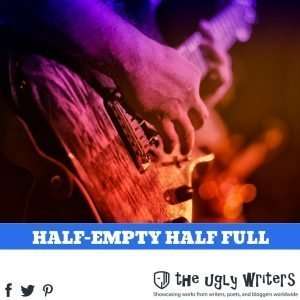 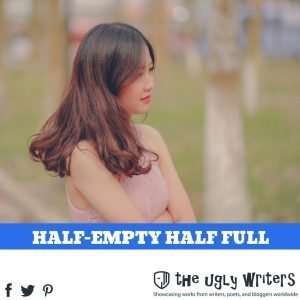 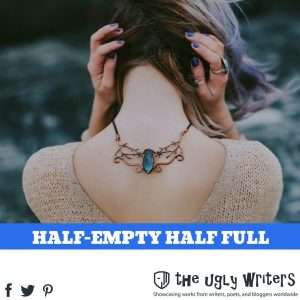