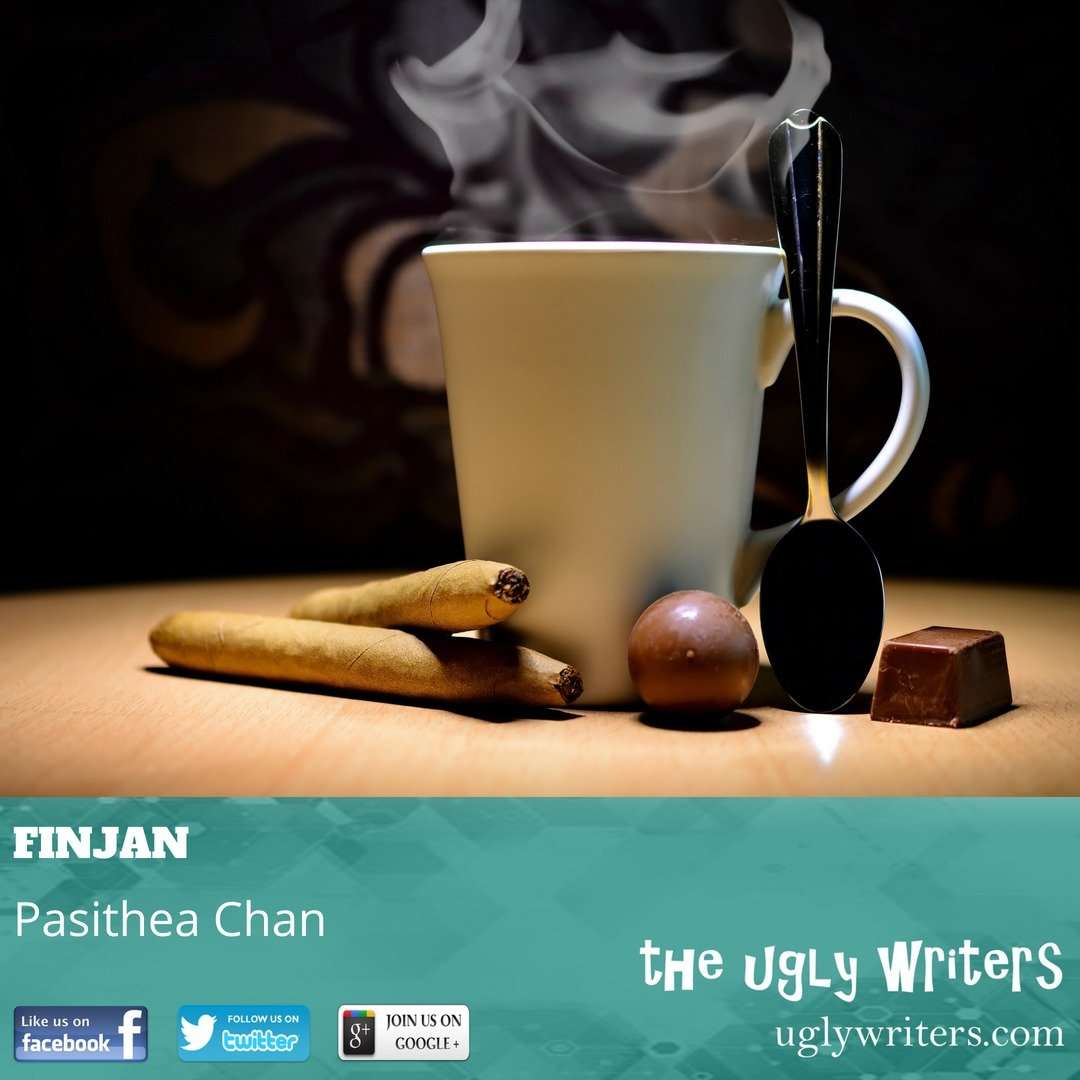 It happened that one early evening

Queen of Sheba complained about being sleepy

each time the sun set over her glass castle.

to the Arabica herb from Adan to help the queen.

But upon boiling the herb, it turned black

so she asked the Ifrit to make the drink look appealing.

to add silkiness and foam to the drink.

Then he swirled some sand with crystal

into his fiery hands and made a dainty cup

with a matching saucer and called it finjan.

Lastly he taught Layan to tell the Queen

that in her cup she shall see stars and sail away.

Now Layan did as the Ifrit asked and so

he taught her to read the queen’s future

from the remaining coffee beans.

He told her that the queen will bear

Solomon’s only male heir and she did.

But she will also sail across midair

on a flying carpet to the land of cedars.

And the queen did and brought back

interbred with Yemeni ones and begot

the Khamis stallions we know today.

You may drink Turkish or Arabic Coffee

not knowing it is Adani Coffee from Sheba

in a dainty cup with a matching saucer

called finjan: fin for art and jan for jinni!

And if you believe your cup bears your stars

you are still under the Ifrit’s spell hoping

to travel the world on carpets or sails!

Finjan is the Arabic word for the typical coffee up and saucer you use when you drink Turkish Coffee. Fin is actually supposed to be fan but the pronunciation of the word changed overtime to resemble the word jin(also means genie and jan is the formal Arabic word for jinni(also Arabic spoken) or genie). Both usage of coffee and cardamom came from Adan in Yemen. Maarib is a city in Yemen the true home of Queen of Sheba and world’s first true hanging gardens because it was the first city built over a major dam Sad Maarib the Dam of Maarib. King Solomon was known to have favored his Queen of Sheba and despite having many wives she was the only wife to bear him a son! He built her a castle of glass and traveled with her on his flying carpet hence the story of Aladdin’s Flying Carpet and the Genie! The Khamis is one of the most famous and fastest stallions in battles known for its iron rust coat. It was interbred with stallions from Lebanon’s Jabal El Sheikh.