If I Were Alice Today 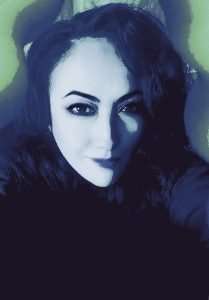 Looking back at my childhood, I remember reading Alice in Wonderland and thinking to myself about having to think about six impossible things before breakfast.

I remember finding it hard to differentiate between impossible and difficult things beyond what grown ups called lies or unreal. I remember staying up late to watch the lonely TV antennas on rooftops under the rain and imagining them talking to each other in the wind.

I remember giving them faces and shapes like the clouds I used to squint at as I napped under the afternoon shade of our plum tree in our mountain cabin.

I remember peeling paint off walls to draw characters and their bubbles like my favorite comics magazines before distracting my mom from getting mad at me for ruining the paint by telling her their story.

I remember wearing balloons that popped on my feet pretending they were ballet slippers.

To cut this memory rendezvous short, I was imaginative and a child but I was not living in my world or trying to bring others into mine. I knew when to play and to work, who I was talking to and how to talk to them, but most importantly I knew early on to respect their intelligence. I was a child yet I valued myself and had known I can command respect by knowing how to conduct myself and when to admit I was wrong, out of place, or don’t know.

Like all kids, I wanted to be celebrated and the center of attention. I wanted to play, have fun, and enjoy and I did but I also knew if I overdid it, I would hear something I didn’t like. Naturally, I learned the importance of balance, integrity, talent, and the power of knowledge to get who and what I want.

Along the line, I learned who would stay, their reasons, and for how long. That’s how I learnt to protect myself from high expectations, disappointments, and the weight of failure. The grown up online and offline world changed around me as I myself changed only it changed so much more the way I perceive the world.

I realized impossible things aren’t impossible because they are difficult or unreal. Impossible is a person who is difficult, shameless, a pathological liar, an irresponsible asshat, and a leech.

Unreal on the other hand is the way people come off as crass, biased, racist, bigoted, and entitled. Quickly, I found myself identifying toxic zombies whose skulls had a grey vacuum of greed and audacity. I found it impossible to identify all the negativity, the discrimination, the types of lies and liars, the forms of damages that are beyond repair, and above all the impossibility of unconditional love and sincerity.

Whether it’s a recipe or a hack, a look or information you need; there’s always a catch, a piece of information withheld, and of course a defect or side effect they knew but won’t tell you. Along the way, I realized impossible is finding people online who aren’t selling you a product or themselves for cash or 15 minutes of fame. We all know the lady who got famous for licking the toilet seat live!

If I were Alice today, I’d switch emoji’s for posts from smile, angry, sad, or love it to colored buttons to indicate two things: 1 the type of negative or positive influence a post has and 2 the nature of the person or reasons of the person who uploaded the post. Then instead of having a comment section, I’d have a rating box that would have the following ratings: psycho, attention seeker, dead, beyond redemption, human, and phenomenal.

Don’t get me wrong, I know my block, mute, report, unfollow, scroll, and subscribe buttons are. Yes, I have a good hold on myself and am not triggered but the thing that I find impossible is: how on earth do these people can keep going about themselves creating and spreading their impossible toxicity online. The worst part of this question is why are there so many people who help them spread the hate, the sick content, and even feel proud to be part of this cult culture?

If I were Alice today, I would rewrite Alice in Wonderland to start not by Alice falling down a rabbit’s hole to be one where Alice stumbles upon an overly filtered plastic human with zero verbal and moral filters.

If I were Alice today, I would give each attention crab a cake to shrink their ego, and every plastic human a cup of tonic to maximize their fears until they crawl back into their fake holes to stay with their hollow souls.

Sadly, I am not Lewis Carroll and it’s not 1865 because it’s 2022 and covid19 is still showing us that ignorant selfish entitled people have heads bigger than the queen of hearts.

But then, I am not Alice because I live in today even though I can remember living like her in the happiness of my childhood’s wonderland.