If you’ve been using a smartphone since 2008 or a power user, you may have or are still using an app called Evernote.

Evernote started as an all-around note-taking app but has then evolved to task-listing, meeting-scheduler, mugshot and contacts retriever and more. Honestly, it became too powerful that I stopped using my ever-reliable (and always installed) OfficeSuite entirely.

A few years back, Evernote monetized their product by introducing plans. This is all good because the product is the quintessential productivity app. As an android developer/publisher myself, I am up for monetizing especially if you know for a fact that the service/product deserves it and that people will appreciate the gesture as long they deem the product valuable.

Now here comes the catch, the subscription model turned off most people. 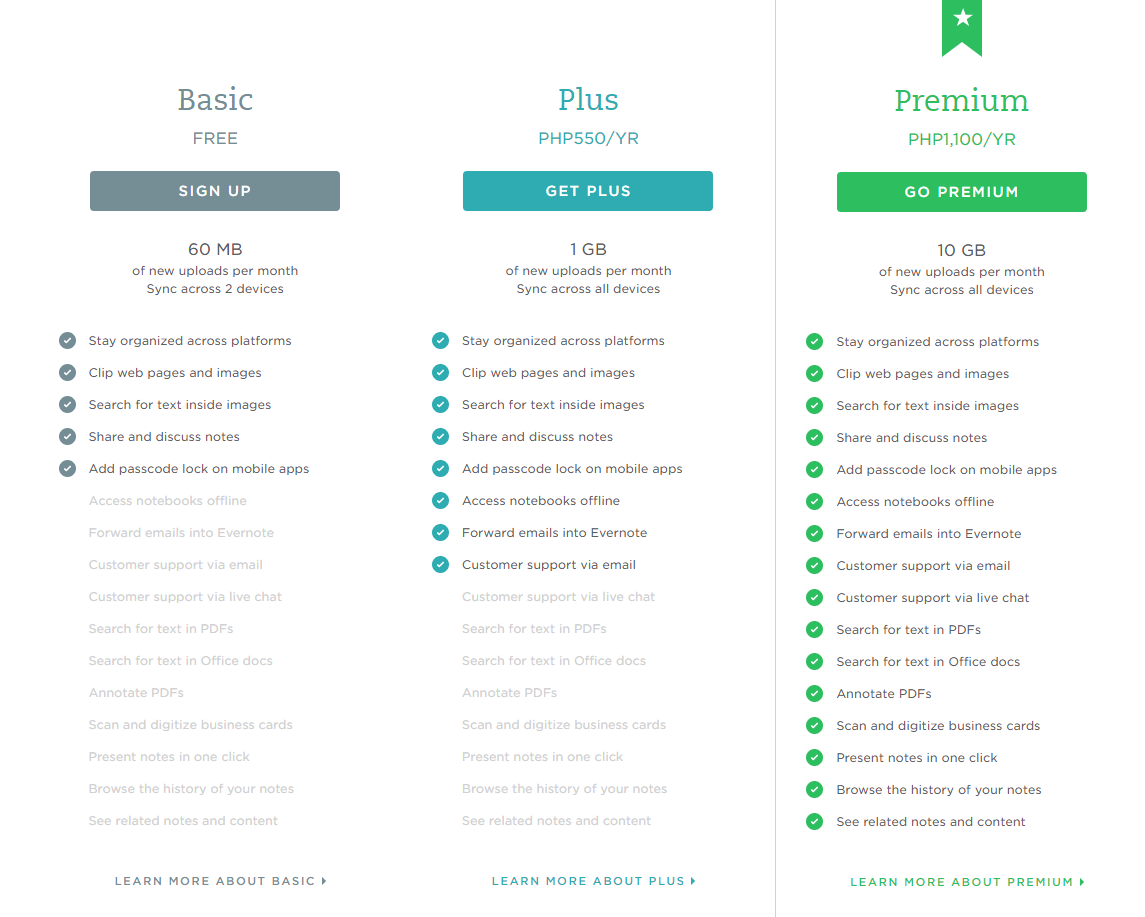 From the listing above, Evernote users who enjoyed using it on different platform simultaneously are now limited to using it to two devices only, that or they have to subscribe to, at the very least, the Plus plan in order to continue using it in, let’s say, two smartphones and a laptop/desktop (three devices), like in my case before. 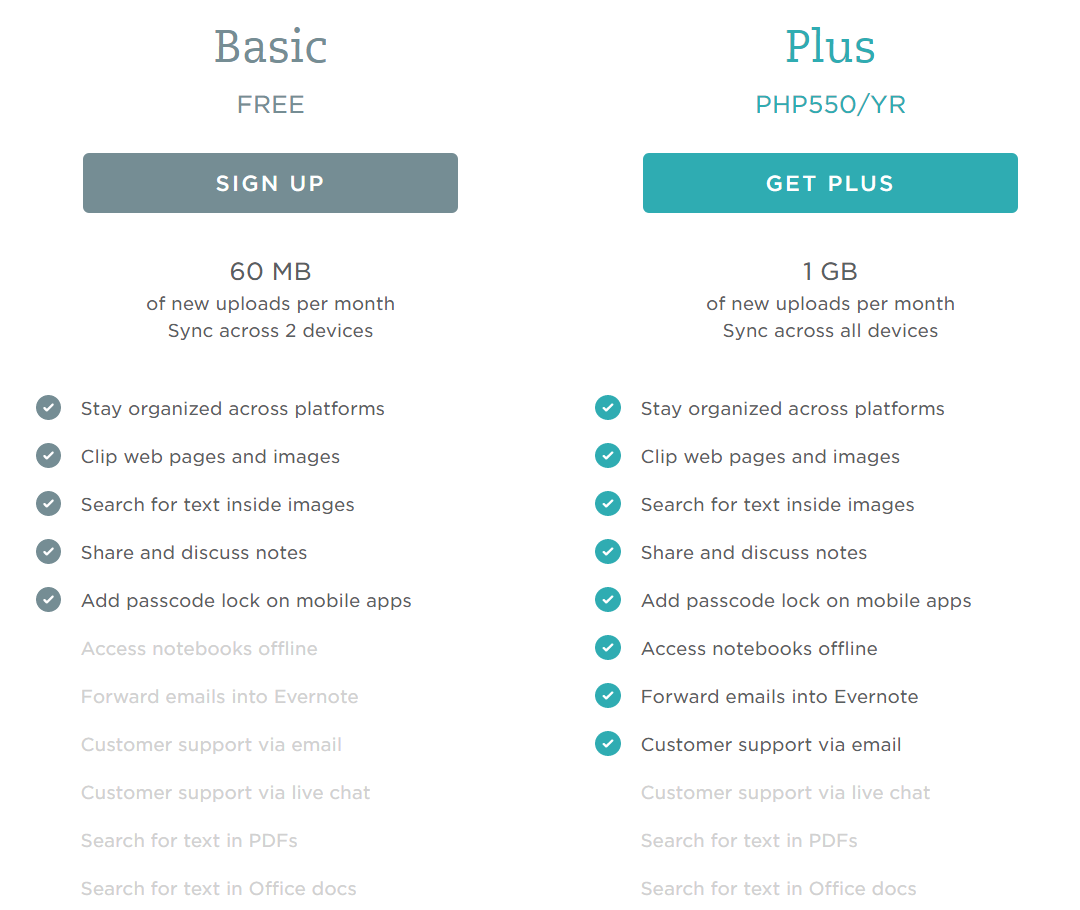 This is the reason why I stopped using the app momentarily.

Low and behold, after recently installing Evernote again on my new iPhone 7 plus (check here for the write-up), I noticed that my account says Premium. 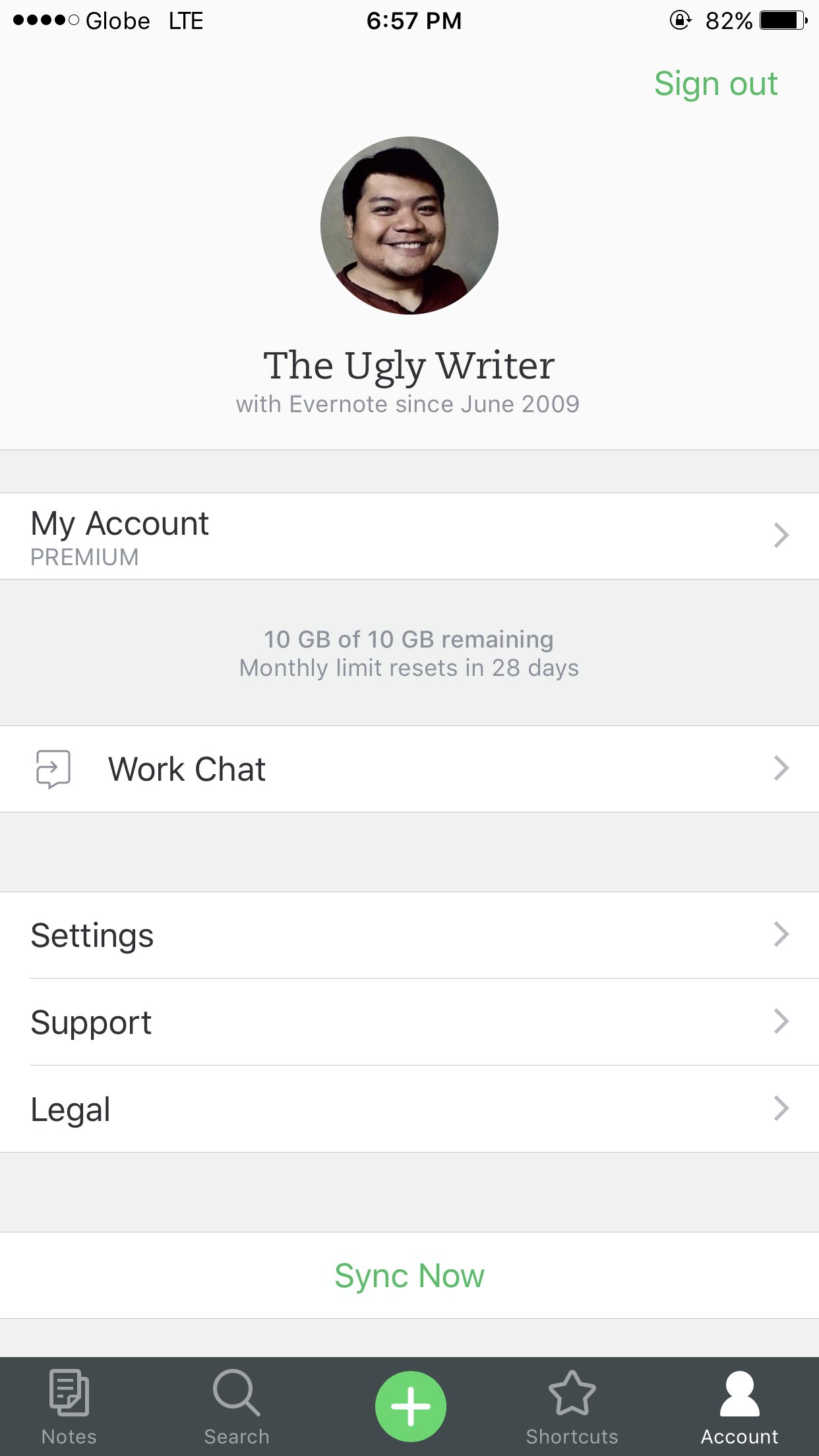 I don’t know if it is a glitch or a marketing promo by Evernote with Apple (similar to Officesuite with Archos, Dropbox with HTC and Box with LG). I googled but did not find any that mentioned this. Care to clarify, Evernote?.

Whatever, I’m loving this. Guess I’ll be back using Evernote again!

Will update this as soon as I hear from Evernote or Apple regarding this. 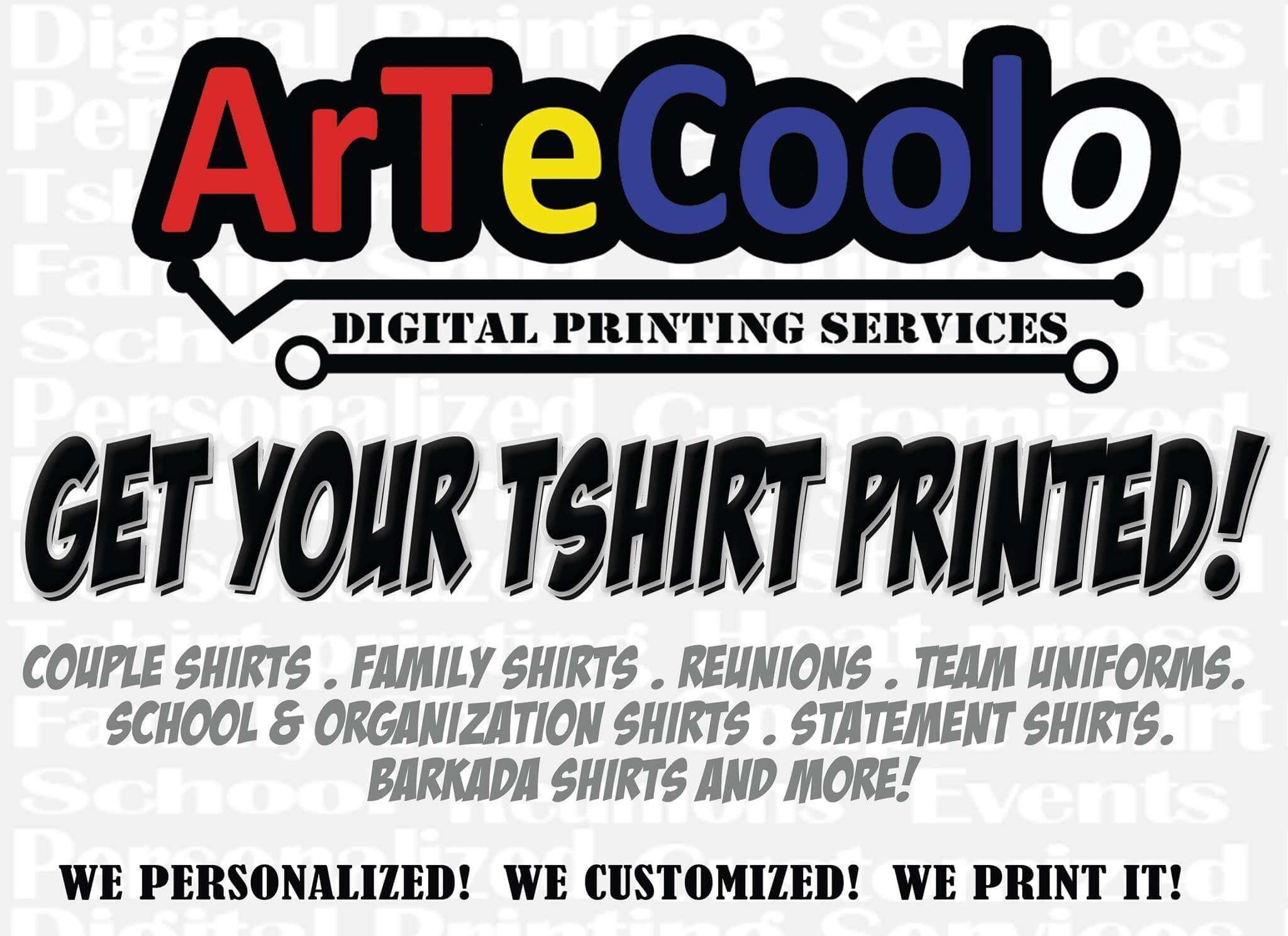