I read this article this morning. I got that ‘taste’ in my mouth. It tasted of old iron, like blood but with a too familiar twang. It’s like trying to describe the flavor your tongue. Dang near impossible, hunh? I got that taste in my mouth for the same reasons I always do. The article was brilliant, inspiring, flat out, no mincing your words, clear as day, just how I prefer it. The Black woman helped me and I hope it will help you, along with my thoughts (I couldn’t help sharing them, too. She comes very close to saying what I want to say. I’ve bitten my lips for days, I’m at my personal limit of holding in what I need to say……

I’m angry, too. For the reasons she described so eloquently and other ones.

You have been the bogeyman for so long.

The monster under the bed, in the closet, behind every locked familiar and unfamiliar door. I speak only for myself. But I think I speak for many, more. Black children are taught, shown, or just figured it out frighteningly naturally, to be wary of you. My Grandmama cried when I told her that I was to attend the University of Mississippi to work on master’s degree. She didn’t shed a tear when I left to go to Ohio to work on my doctorate degree, many years later. Just dispatched my uncles to fill up the U-haul to get her baby set up safely. I wondered during the drive why her reactions to one school in the Deep South (we WERE in Alabama….) and another in the midwest were so different. When I got settled into my apartment in Ohio I called (which I had better do so, everyDAY since I left Montgomery) and asked her. In a nutshell, Mississippi was the home of some REAL white people. She was convinced I was living in a shotgun shack, next to a cottonfield, across the street from the Imperial Wizard. Ohio, in her mind, was the North, home to better, more non-violent class of white folks. So Mississippi, raise a ruckus about my “ohmish” granddaughter, Ohio was safer for my paper brown bag behind.

She couldn’t have been more wrong (my Grandmama wasn’t usually that….wrong. Mississippi had made greater strides in equality than Alabama has. Ohio was worse in terms of racism than EITHER. But you get the bogeyman part, right?

We marvel at your seeming “fear” of black people. You’ve done far worse to us, after all.
And racism, for black folk, is the gift that keeps right on giving. I’m not writing this to dredge up (like it ever ended) racism, I writing to tell y’all as the “angry” black woman in the article, how it FEELS. More importantly, for me at least, is to alert you.

It is not enough.

A HYPER sensitivity is nurtured in some, in me. I see racial issues when I see another black man choosing a white girlfriend, or worse, decrying dating black women for some STUPID ASS reason, (I know you fall in love with whom you just FALL in love with, but I think you see my point, was EVERY incident a case true love?) Why haven’t the numbers of black women in interracial relationships increased exponentially?

I see racism when missing little black girls go virtually unnoticed in proportion to little white girls. Don’t get sensitive, I am NOT comparing or lessening the problem of ANY girls taken. But why the distinct differences?

I see race when black women are booted. out of Victoria’s Secret, when black men and women become crash dummies in the eyes of white cops. I see it when a white woman asks “why do ppl (meaning me, lol) always bring race into it” when I’d spoken highly of black women as great mothers, strong partners, persevering and kind?

I see race in nearly everything. And I’m not THAT blind.

I am speaking about the United States of America. Specifically. Now. In this post. If you haven’t noticed, Americans are embroiled in frank, outright, uglyabouttogetUGLIER warfare. I don’t want to lose the momentum we have made, the changes in race relationships which been wrought. But mostly, while we’re about the business of warfare, I’m not about to forget my kinsmen’s battles. Not only do I mean to keep black people in the conversation, I”m going to continue to push us where we belong. At the forefront of the war. Race is at the heart of things, if not THE beating heart of things.

Take this word “refugee.” It’s become the battlecry. Are black people included? Silly? We certainly were given, branded with that work during Hurricane Katrina. Those were citizens of this country. Shot down like dogs by self made “militias.” I wondered at that. Was it easier for racial “others” to accept us, rally on our behalf, fight for us as “refugees” other than a group of black people……African Americans? Did that human tragedy make it easier to consider US human. It’s harsh, I know, but I am not here to give anyone cookies for doing what they are supposed to do. Not the kid.

Facebook has been a lifeline for me. I’ve intentionally and successfully gathered, learned from, grown and loved people from everywhere. I’ve received SO much in return. I call them friend, my brother or sister, in truth. I give, act and receive friendship, until you, of any race, give me reason to believe that you are not my friend. But it’s impossible to separate openness, whom I strive to be, from reality, who I AM. That would make me a hypocrite.

I am not a hypocrite.

Trump is not going to last, we are going to win, if we can LIVE through his shenanigans. But what then. Yaaaaaaayyyyy, we are gonna go back to the Obama days?!!!!!???? That ain’t good enough. For me or the people who think as I do. Blood is gonna stay in my eyes, my mouth, and my heart until true equality, exists or I die. I know I’ll probably die first, but as of this moment, by the grace of God, I am still persistently breathing…..Sorry. Not.

So what happens after win this skirmish, nothing more, with this…..President? Are we gonna keep fighting to accept and appreciate and love one another, or not? The only acceptable option is to practice being human, the way I see it. WANT to be better, seek out the potholes and rotten places in our selves, LOOK for your own flaws, celebrate the illumination of them, no matter the source. As a very wise person and friend told me, “you don’t erase 500 years of oppression in 50 years.” Reparation for slavery is, I guess, out (even though Trump just might spend enough tax payer dollars to do it……..riddle me THAT , please!) Black and White Americans are inextricably connected…..culturally, if not religiously, socially and politically (YEAH, I said it!) Nothing is gonna happen in a day. But I’ve got a wonderful idea of a place to start! 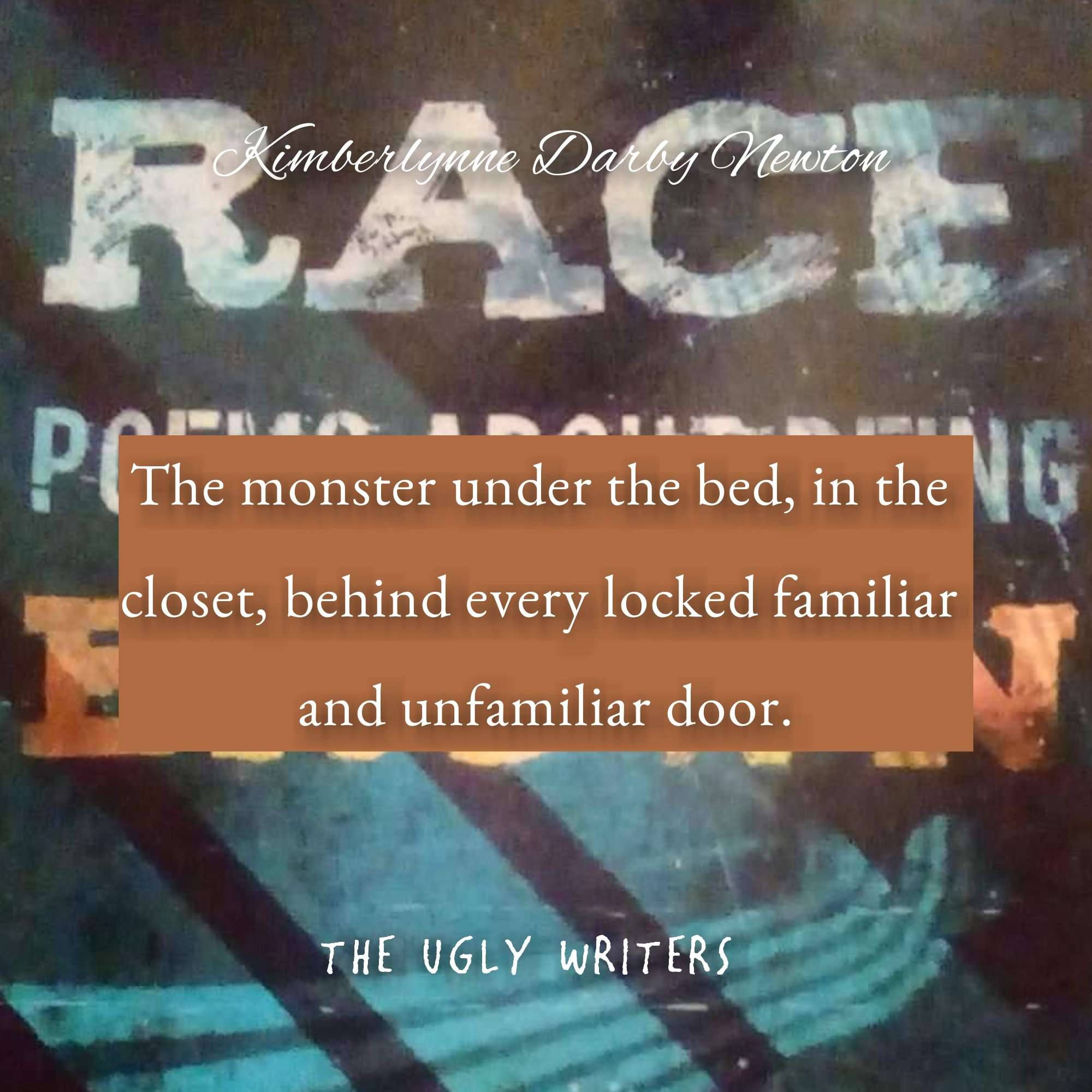 Kimberlynne Darby Newton is a World History professor at Alabama State University. She has published books and are all available at Amazon.
Articles: 4