A corporate policy and focus on *Ethics* will radically transform your organisation. The underlying, and of course, often overt focus, is on profit. The typical employee just takes for granted this is the only goal. Sadly, the good of profit is easily subverted, especially by the “winning” mindset, which does whatever in the name of its objective.

However, if Ethics, and being Ethical, are seen as the way to be cool inside the company, if being Ethical becomes a Point-of-Pride, this focus becomes radically transformative. Your organisation’s mistakes, those glaring missteps you aim to correct, all would not, and could not, have happened if Being Ethical had been the number one consideration in the company. Profits *can* be made *ethically.* Easily. In today’s world, despite being the right thing to focus on, it would also be a revolutionary and enlightened step toward the obvious, garnering much public support.

As one person, it is difficult to resolve all problems, but as one person you, you personally, significant leader, you DO get to set your organisational or corporate culture. If you wish to have any hope of your entity surviving beyond the next few years, a shift away from the inadvertent greed culture promoted by a focus on profit and personal achievement, to a Culture of Ethics and More than profit only, is vitally imperative. Of course profit is important, it pays the cheques. But, as a matter of motivation, doing what’s good and meaningful, helping the world, and doing so ethically, is monumentally more empowering, causing employees to *want* to work. 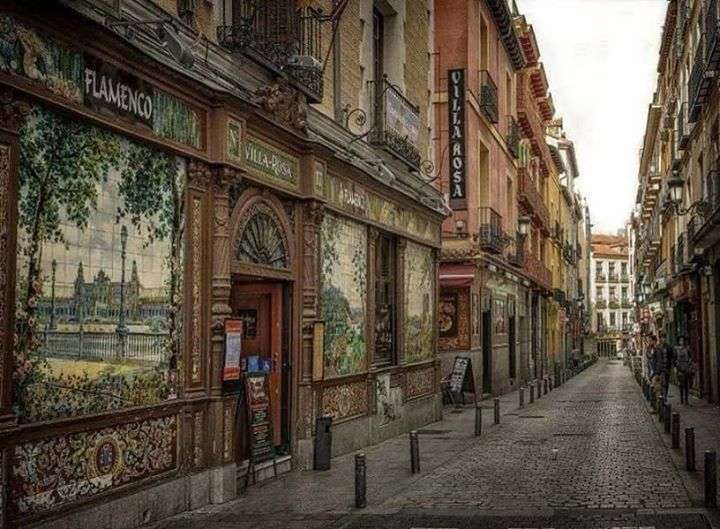 If you truly wish to address those problems, fix the root cause, not the symptoms or consequences. Making the shift to Ethics being the principal culture and focus of your system will be revolutionary. It will require courage, as you, your employees, and your company are held to this standard. But that external pressure can be used as positive leverage, further enhancing the value of the shift to Ethics First. (Perhaps you might want to start #EthicsFirst.)

You might resolve those problems, and likely will to some degree, however there is a problem which is mightily difficult to resolve, and that is the problem of being the “big guy,” one of the downsides of success. You become the enemy over time by mere virtue of size and success. The problems of corporate-organisation culture are of course magnified disproportionately when under the scrutiny brought about by the extra attention resulting from being an out-sized giant and success. I firmly believe the only way to counteract this inevitable rot is to make Ethics the firm resolute commitment and culture of your employees.

Successfully making Ethics the first consideration of your organisation will be that bulwark against the undeserved criticism large business entities attract. *Showing* rather than promising by way of such a profound culture shift will be massively influential. Not only as to how to practically implement, but the wider public discussion this will engender. Changing the world begins at home, in your case, a large and influential home.

It doesn’t take much to see how your troubles would not have happened if a culture of Ethics First had been in place. Those mistakes of judgement could not have happened. They only did because of the assumption of profits first, Ethics second, if Ethics was even in consideration at all.

If you truly wish to do something meaningful and impactful, start with prioritising Ethics.

"I admit to being an unusual person." - SS From a comment on his profile pic, since writing one's own bio is so difficult: “Beautiful and astounding. Kind of resembles an amazing character I know. Some call him the Weaver of the Unraveled, the Rekindler of Doused Fires, the Sandman of Endless Beaches, the Friend to the Friendless, the Harmonizer of Unsung Heros. And some even call him Syl.” - Na'Cher From age 10, on the day he literally exploded a light-bulb, Syl Sabastian’s acute life-long love affair with Understanding began. Since then his focus on, and love of Awareness, or more accurately his struggle with non-awareness, has never let-up. An intense reader in his youth, Syl absorbed over a book a day, including the classics read in chronological order, culminating in extensive science-fiction/fantasy/speculative reading. After transitioning to Applying and Living his philosophies, Appropriately, with Attunement the ever-present motivation and catalyst, it all morphed in time to an earnest propensity to write and communicate. Syl and His Heart have owned restaurants, stores, online businesses, and travelled the world, while implementing and enjoying their life-perspectives of which he writes so deeply. As Biella is so fond of saying, "and there's More..." "My life began, from earliest memory, with a peculiar precocious understanding of abstract concepts, a mystery which remains unexplained to any satisfaction. I feel I am traversing a circle back to my origin, except perhaps, now more aware of what I already knew." -  From: The Young Man's Story Syl is a great interview and an even better friend. A Philosopher-Writer focusing on the Application of a comprehensive Practical-Personal-Philosophy. Creator of: The Philosophy of Appropriateness and: An A+ Philosophy. Writings range considerably, from extensive psychological perspectives to fiction. All connecting in one way or another to a unique vision. A consistent coherency permeates Syl Sabastian's extensive variety. “Syl Sabastian is a Contemporary Philosopher and Writer, who exercises a glorious intellectual mind that is most admirable for its profundity and sharpness. Often offering multiple sides of an argument, he provokes self-introspection. His aim is to uncover Appropriateness, Awareness, Attention, Application, Attunement, and more, with a unique, high-level understanding of the profound intricacies that interlace these concepts.” - TJT & PDJ, Owners of the Gateway Gazette, Entrepreneurs, Writers, Moms. "My blog is my best bio." -SS  :) <3 “You fascinate me, you really do. I think of myself as a big deep thinker... your writing, at least what I think I understand it to be about, sounds like the basis for either a belief-system or a wonderful self-help process. Am I anywhere near the mark? I think your writing, even about yourself, is amazing by the way. Quite poetic.” - Andrew Reeves, Author, Screenwriter, Poet, Creator of The Empty World, The Voodoo Doll, Claire, The Dictionary of Stupid, and more.
Website Twitter Facebook
Articles: 17

Three Reasons Why ‘Bye Sister’ Was A Terrible Idea