SPIKES AND SPICES
OF VOLLEYS AND PLANES

Just when you start thinking how to report a rude trike driver to the authorities, in walks an olive-skinned gal with her dad in front of her and suddenly you’re struck…by stars and lightning. 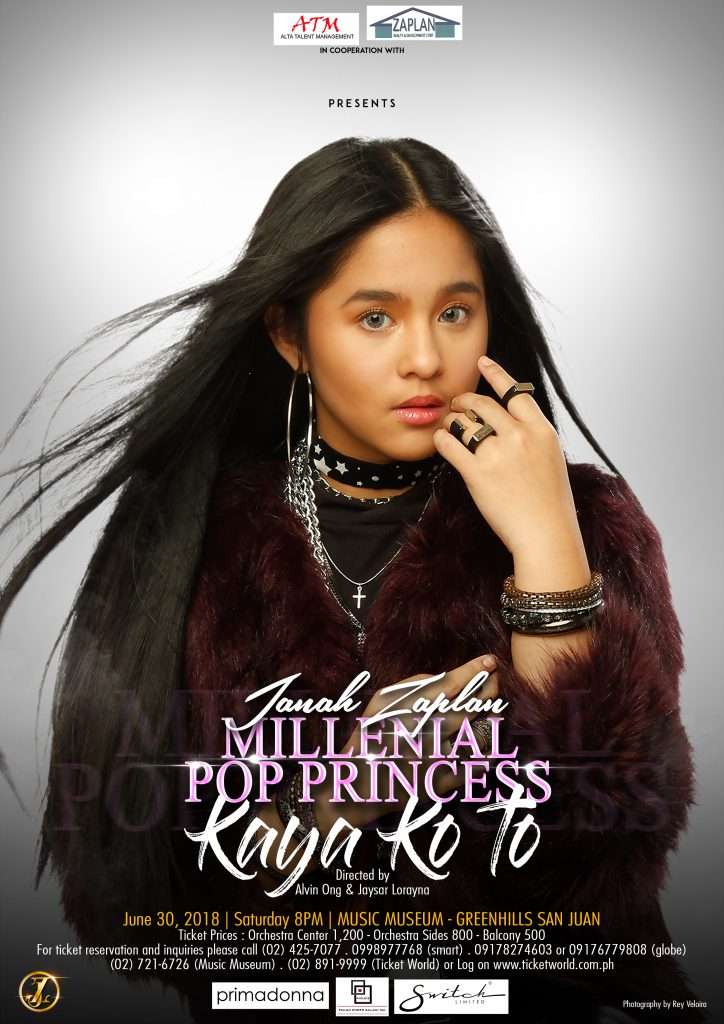 Janah Kristine Platon Zaplan, she introduces herself in a very faintly sweet husky voice that is so refreshing, it reminds you of Moira dela Torre or even Dua Lipa, who incidentally are idols to this pretty gal. “But please do call me Janah,” then she gives you that very refreshing smile.

Indeed, this youngest in a brood of four girls, has both her feet flat on the ground that you will never see the slightest hint of being a spoiled bratinella. She says that even with her rising fame from her accomplishments, she enjoys no preferential treatment, except for the occasional “Lodi!” shouts and bickering from well-meaning friends and schoolmates. She is no special girl, Janah says, because just like any teenager, she worries about being hungry (this makes her a Hulk!), sleeping late and getting up early, school work and a little bit of independence.

…”when I saw the break of day, I wished that I could fly away…” (Don’t Know Why by Norah Jones)

Janah, unlike any teenager, prefers black over pink and lavender, because “black is elegant and makes you look slimmer,” she says. Her favorite dish is adobo because of the sweet and sour flavor. Come to think about it, that flavor gives her the spank – she may be sweet in person but when she’s onstage, she’s fierce…make it fiery sweetness!

She’s moving up to Grade 11 under the General Academic Strand because she says it is an “all-in” strand. You wanna know what she dreams of becoming? The beautiful teener wants to become a pilot because she wants to fly away and travel with her family. She says that traveling with the family is mighty important to her as they love exploring new places and making memories together.

The beautiful lady has lived her life under the TLC of her entire family. As she is the baby in the family, she gets all the attention – from mom and dad to three equally-lovely ates. Daddy still brings little big girl Janah to school which she enjoys because she gets to have a “me and dad time” to and from school. Daddy feeds her with food for the body but most importantly, food for the soul. She cherishes this as it allows her to see the picture of life.

Of course, it is all too different with her mom and sisters. Just like any girl group, they talk about girlie stuff. She had a hierarchy when it comes to telling about her secrets: first, Ate #2; then Ate #1; and lastly, Ate #3, and that’s when the cat jumps out of the bag. What adds to the charm of the young lady is that big and tall as she is, she still sleeps in mom and dad’s room. Her comfort zone, her oasis of strength, that’s what she calls it.

Presently, Janah also flies in the air as she springs and blocks the opponent’s spike. Yes, Janah is a member of the varsity team of OB Montessori Center, playing volleyball like one of her idols, Alyssa Valdez. She is a mean player and all, what with her height and firmly-trained arms!

Playing volley, according to Janah, gives her the same high as she tries to reach the notes when she sings. Though of totally different perspectives, art and sport merge on a thin line. The discipline entailed by concentrating on the play of the opponent is similar to that when concentrating on the proper notes of a song. The strength she gets from the sport blends well with the grace and rhythm from music.

That is really what makes Janah unique and interesting – a blend of being alone and being with people. When she sings, she gets all-high because while reaching for her notes, she gyrates to her music, making her tunes and moves one. This pretty girl is an alumna of G Force Dance Workshop under teacher Georcelle, so she knows what she does when she performs.

She becomes way too different when she is with her team. She says teamwork is important, the discipline she gets helps her when she’s alone because it makes her feel that even when she performs alone sans her team, they still got her back. She’s kept levelled by the thought of her team’s support, both in the field and onstage, whether volley or family, she’s got a team.

Janah is not new to performing to a large audience. She was a quarterfinalist in Music Hero: The Vocal Battle in the longest running noontime show Eat Bulaga. Her entry piece then was Scared to be Lonely by Dua Lipa. She landed a spot in the quarterfinals where she sang Time In by Yeng Constantino but Divine Intervention proved there are other plans to make Janah’s star shine brighter.

Surprising is the gift of voice to this gal as she croons songs not too common with artists her age. With talents in singing and dancing, Janah can perform songs popularized by Moira and Dua Lipa whose songs fit her vocal range to tee, all of them having that husky cool voice that somehow swings your mood from low to high in a snap. She also admires Beyonce for her total package talent, something Janah wants to be at home with as well.

So why is Janah in pursuit of the melodic art? She says she wants to fulfill her family’s dream for her. They had given her 200% of support from Day 1 and she would never think of letting them down. Well, this left-handed spiker is on the right track. Just remember the spice that comes with every spike… it strikes hard!

One thing Janah will never be is scared to be lonely. Why?

One thing most people do not know of Janah is her charity works. Yes, you read right. She has done a couple of charitable endeavors which makes her charming and lovable to many people whom ordinary individuals fail to give attention to.

Recently, her young group, together with her family, hosted a small program for cancer patients/victims. People afflicted with cancer are really close to her heart as her mother is a cancer survivor. She spent time making them happy with songs and simple gifts from the heart.

Also, Janah and other artists under the same talent management group went to Mindoro to give aid to the Mangyans, providing them with television sets which they will use for interactive school programs as well as toys and clothes.

She never wants to be sad again. The loneliness she felt when she lost Mocha, her dog, was too much that she says another loss will really be unbearable. With that, she is scared to be lonely…

Age and experience do not dictate the readiness of someone to embark on new grounds. Which is why Janah Zaplan, the Millennial Pop Princess, is gearing up for her launching concert, Kaya Ko ‘To at the Music Museum on June 30, 2018. Contrary to her popular song Di Ko Na Kaya, Janah is full of excitement and verve as she prepares to showcase her talents together with special guests as well as friends and family.

So will she ever be lonely? Nah! Janah Zaplan shows a youthful promise making known to one and all that she’s ready to face the world…through the volleys, planes and now, through the concert arena.