The Chapter I Don’t Read Out Loud

It is said that everyone has a chapter that they don’t read out loud. The Why is different for everyone. Why don’t they talk about it? Why they choose to not share that chapter can root in many things. Sometimes, it is feelings of shame, guilt, regret, pain, or loss. Other times it is feelings of joy, hope, love, triumph, or even something that has been conquered.  If the feelings about a situation are considered to be negative, I guess I understand more why someone wouldn’t share it.  If someone failed at something, did something that caused shame or guilt, or hurt someone else in the process.  But if you loved someone, overcame something, or did something outstanding, most people would gladly share it with others.

Once in High School, I went to the see the movie Article 99 two nights in a row with two different gentlemen. I didn’t tell the second young man that I saw the movie less than 24 hours prior.  I wasn’t embarrassed or ashamed to be seeing someone else, I was just a silly young girl.

When I was in elementary school, I stole a folder from a classmate named Juliette. It wasn’t that I didn’t have folders of my own. I just really liked the beautiful one with the woods and waterfall scene on it. Totally dishonest, totally unnecessary.

Once on the job, I continually had computer and printer issues. The IT guy hated me.  Alan, I am sorry, I did actually break that third printer.  I was frustrated and “aggressively” removed the paper jam from back feed drawer, hence the broken prong.

These three stories are things that happened to me. I wish they maybe didn’t happen in this way, I wish I had made different choices, but I don’t really mind sharing about them. I dated more than one boy a time, the first time I stole, and I didn’t volunteer the truth about the printer mishap.

But what about the things I don’t talk about? Those are also things I haven’t written about. I find it interesting that friends will approach me and say, I read your article, or I read your blog and I didn’t know that you experienced that. Almost as if because I am a writer, I must have by this point shared all my stories by now.  But then I have also discovered that my stories sometimes have two endings. What really happened and then what I learned because of how things turned out. Both of them true, but the telling may change due to audience or truths from life experience that need to be shared with specific people.

When I write, I write truth, from the heart, from experience from expectation.  But also when I write, it is sometimes from a place of fear. I fear judgement, I fear that I may hurt someone, but most of all, I fear that people will talk about me in a poor manner.

I loved being a banker for many years starting in my early 20s.  I held quite a few very interesting, challenging positions.  I learned a lot about company/corporate politics. I learned who to be kind to, who to learn from, who to avoid and who to watch out for. I learned who were the hard workers, who never worked at all and who was just praying they had a job each Monday. I struggled with a direct supervisor who was ill-suited for the job.  Unconsciously incompetent without ever trying to establish a team atmosphere, she didn’t have enough experience and was completely lacking in communication and management skills. All questions from employees and clients ended up being sent to me.

I was overwhelmed with the expectations of my own job and doing all of the work that she as supervisor was expected to do.  It is one thing to not do your job, but it is quite another to be rude to employees and coworkers.  She never made time to get to know anyone. She would complain when someone said they would be gone the next day, forgetting she had approved the absence 3 weeks prior. When a friend and coworker had a baby, she made mean comments about how she would probably never return to work, but it wouldn’t matter because the work just wasn’t up to par. It is one thing to be horrible at the job. Quite another to be rude at every turn.

One day, I had had it. She had taken credit for a Fee Proposal I had created and even changed the cover page to read her name first. I couldn’t do it anymore.  She didn’t just lack competency, she was failing miserably when it came to character.

I started watching her closely.  When she arrived, when she went to lunch, if she helped any clients, her relationships with other employees, if she was completing work that she was expected to do.  I made notes about everything. I listed 17 offenses. 17. I thought that if I was going to present my grievances to the Bank President, it better be thorough.

I was very careful with my words. I remained in command of the facts and shared what actually happened on a daily basis rather than how I felt about it, and was able to keep my emotions in check. The President let me speak and never once interrupted me. He thanked me, asked if he could have a copy of my notes and excused me.  I was scared to death. What was he planning to do?  I toiled the entire day, finally went home at 6:30 pm. I received a phone call from the President that evening close to 9 pm. He asked me to come in late the next morning. I was silent. He asked me if I could just not show up until 8:30 am. I said yes, 8:30 am, and we both hung up the phone.  I didn’t sleep a wink. Would I even have a job by the end of the next day?  Wait, was I being fired? It was unbearable.

I slowly drove the 2 miles to work the next morning.  I entered through same door I always did.  Everything seemed peaceful until I saw the state of my supervisors office. It had been picked over. As if it had been ransacked. I stood motionless staring through the plate glass window at piles of paper, mortgage and invest files and junk everywhere.

The President approached slowly. “Kelli. She has been fired. You are in charge until a new supervisor can be hired. I am sorry to ask you to do this, but she just threw everything into the garbage from her drawers. I need you to sort every paper, every file in her office and make sure it is put back together by the end of the day. Clear everything bank related out, clear everything personal into the box just inside the door. Please do not speak of this and if anyone asks, direct them to me.”

Dumbfounded, I did as I was asked. I spent the first four hours sorting through and organizing the mayhem, but by the six hour mark, the office was empty with exception of the desk, chair, computer and printer and office supplies. Many employees stopped by to ask questions and just stare in disbelief. “I am sorry. I am not able to talk about this. If you have any questions, please see the Bank President.”  I said it over and over again. One thought kept running through my head. Was I being vindictive, or was firing her merited? Maybe if she had received some sort of training, she could have done a better job. But how do you respect someone in a leadership position that you do not trust, makes no effort to empower and encourage others, takes credit for others ideas and work product and had yet to demonstrate an ounce of integrity?

I panicked. She was a divorced, single mom who was overly confident, yet needed this job. What had I done? Was I wrong? Should I have handled this differently?

I left work that day exhausted and overwhelmed. I wiped a couple tears as I came near my car. I saw a piece of paper tucked underneath my windshield wiper. I unlocked my car, placed what I was carrying in the front seat and reached for the piece of paper. Only two words were written.  You win.

Over the years, I have often thought about my supervisor and where she is now in her life. I also have wondered if she ever realized how unqualified she was for the job position she held or ever would admit any fault in her actions.  I wondered if she knew I was the one that had reported her. When I found myself writing this story about what happened at the bank all those years ago, I was nervous but unable to really figure out why. Why had I never shared this story? I didn’t feel shame or guilt over what happened, but by documenting her actions and reporting her, I did cost someone their job. Once I started writing about this, the feelings and emotions just flowed out of me. The hurt, the pain, the worry of judgement all returned.  That was it! I hadn’t shared this story because I was afraid of being judged! I was afraid that people would think poorly of me. That they would believe that I was a young, vindictive woman at the time who placed more importance on my own workplace comfort than on someones career and lively hood.

I now realize that I had created a secret by keeping this story to myself all these years. An unnecessary secret because of what I believed could be pending judgement. Judgement may still occur. But now I am old enough and wise enough to be indifferent to the possibility of judgement. And I find that in the indifference, I feel so very free.

This is my chapter. The one that I have never read out loud. Until now. And to this day, I do not feel that I won. It wasn’t about winning.  I am neither the heroine nor the villain. All of this happened because I chose to speak up about an injustice by stating the facts. I developed a voice because of experiencing such difficulty in the work place. I desired significant change in the work place, and wanted to see the formation of an environment that would make others want to get up in morning and excited to go to a job that makes a difference.  To go to a job where they make a difference. 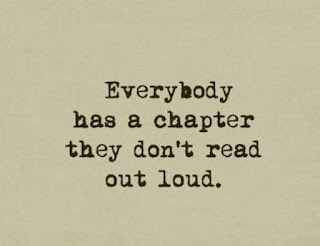 Kelli J Gavin of Carver, Minnesota is a Writer, Blogger, and Professional Organizer. Kelli’s first two books, ‘I Regret Nothing’ and ‘My Name is Zach-A Teenage Perspective on Autism’, were released in 2019. She has also co-authored 15 anthology books. Her 3rd and 4th books will be published in 2020 and 2021. Kelli’s work can be found with Clarendon House Publishing, The Ugly Writers, Southwest Media, Zombie Pirates Publishing, Writing In a Woman’s Voice, The Writers Newsletter, Writers Unite!, Academy of the Heart & Mind, Sweatpants & Coffee, Love What Matters, The Rye Whiskey Review, Spillwords, The Writers and Readers Magazine, Mercurial Stories, 121 Words, HerStry, Passionate Chic Magazine, Ariel Chart, The Basil O’Flaherty, PPP Ezine, Otherwise Engaged, Pleather Skin, Paper.Li, and The New Ink Review, among others. My Name Is Zach was awarded as one of ‘The Best Special Needs Books of 2019’ and one of ‘The Best Special Needs Books of all Time’ by Book Authority. She is also featured among the ‘101 Emerging Authors From Around the World’ with Sweetycat Press published in 2020. Find Kelli on Twitter and Instagram @KelliJGavin and explore her blog at www.kellijgavin.blogspot.com.
Articles: 78