Nothing is easy. We got a new iPad Pro for Christmas. We don’t really have computers, the iPad is enough. More than enough in many ways. I can do anything I want on my iPad, more than I want, really, sometimes not as much as I should, if you get my drift. I need a keyboard, though, and it it between the Logitech Slim Combo, and the Apple Smart Keyboard.

In fact, I read a theory that Bill Gates is secretly funding a program (pogrom?) to reduce the population to a more sustainable level. It provided a number, though I don’t remember what it was, and I assume it provided a reason, but I didn’t read the whole thing, just the tag line. It seems a little suspect that a man who made his fortune selling software to the masses is trying to eliminate the largest majority of his market. 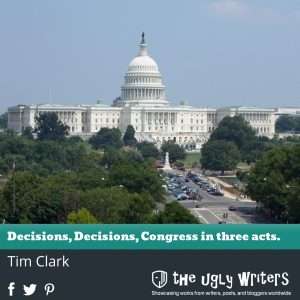 I’m sure there are people who hate Google, and I can live with that. I don’t know much about Google. I do “google” things but mostly I use Safari or Microsoft Edge. I still call it “googling.” I hope that isn’t violating some copyright law. I did see thee the big Kahuna from Google, I can’t think of his name, facing the Senate version of an inquisition. Which really turned into a partisan-free for all and blame fest, which accomplished nothing but made for excellent facebook videos. It is hard for a minor associate of a small company (me) to say how much responsibility is carried on the shoulders of the CEO of Google, but he had to find the whole thing an enormous waste of time. I was impressed with the dignity and restraint he showed during the circus, though.

There are a lot of people who hate Facebook, too. My friend, who has never had a Facebook account, told me that “Facebook is for sheeple.” I’m not sure how he formed this opinion, or what the qualifications for inclusion into sheeplehood are, but I like Facebook. I think I might like it more if it was only a little better, and maybe I just don’t understand how to make it work. Sometimes I see things I don’t want to see, and sometimes I see things that make me smile. I’m just not sure there is enough balance. But, I do remember when the CEO of Facebook had to face a congressional grilling.  I thought he handled it very well.

It wasn’t that long ago, thinking back, that Congress “looked” into performance-enhancing drugs being used by Major League Baseball players. Man, they gave them a good what for. Thank God our government is on the job. Think of how bad things could be if they weren’t taking care of all the important stuff.

Anyway, I think I will go with the Logitech Slim Combo. Mostly because of the backlit keys. I like to write in the morning when things are quiet. Thanks for helping me decide.

Support Tim Clark by visiting his other write-ups here at The Ugly Writers: