“Kyle’s turning 50 this year. I have no idea what to get him,” Pat failed to get across a tone of lamentation.

“Why do you have to get him anything? He’s got everything he needs and could get anything he wants. He’s got a trust fund! Wanna get him something? Get him a pad and pencil to take inventory. Jesus.” Brenda ran into Pat at The Goblin’s Head, a bar popular with science fiction nerds and graduates of Dewey High. “Old people like reminders of their youth. Send a bus ticket back here and a can of paint. The ‘get’ between Dewey and High needs retouching.”

“Things didn’t work with you two, did they?”

“They worked out well enough that I’m not recommending arsenic for a present. But there was only so much of Kyle’s specialness one person could take.”
“The youth reminder sounds good.” Pat looked around the bar. Every version of the Starship Enterprise was hanging from some part of the ceiling. A TARDIS near the restrooms (Oxygen Breathers/Methane Breathers—newcomers had a hoot figuring it out) had an analog landline for the discreet.

“Classified. Not only no loose lips, no lips at all with this present.”

The meeting took place on Kyle’s birthday, as usual, in the pre-gentrified warrens of New York’s Chinatown, where splayed Mott Street gives birth to tiny Pell Street, in front of the shiny, silver statue of Hu Wang, the chicken who could play tic tac toe, and could sometimes even beat you. Or at least tie. Pat showed up first, which meant lunch would be Dim Sum instead of Dumpling Place.

“Hey! Patio Furniture! You beat me again. Probably better this way. Last year the dumplings at Mei Dick were well on the way to cold and greasy. And I still haven’t figured out how a chicken could beat people at tic tac toe.” Since the old schoolmates bumped into each other on Facebook six years ago, Kyle traveled to New York every year on his birthday to sample the new crop of Fog Mountain Tea instead of just accepting what they sent, and Pat had a chance to pick up some real chao sh’bao and shrimp chips.
“Here’s the update. Mei Dick claimed three more fender-benders this year.” The hapless dumpling emporium’s sign, at the butt-end of a narrow T-intersection, would invariably cause tourists to shout out “Look, My Dick,” and sometimes a driver would lose control due to the sudden paradigm shift or the apoplectic laughter of the passengers.

“As for the chicken, think back to when we played when we used to come to the arcade here. You made your move and the chicken then went into the ‘Thinkin’ Booth.’ When you pressed your move, behind the little wall, some birdseed would drop, the chicken would get it, the machine sensed the chicken, and then just made the countermove from the list of correct moves for each possible tic tac toe situation. That’s it. The machine was a single-purpose digital circuit, almost a computer. We were playing against a computer. The chicken was just a chicken.”

“I still don’t think so. That would be wrong. It’s a cheat. I paid to play against a chicken, but I was actually playing against an omniscient device. I should ask for my money back.”

“Good luck with that, Kyle. The old owner of the Chinatown Arcade reported all the paper money transactions but kept the change in barrels in the cellar. He died in 1964. So all that money was an actual silver specie. When the new owner found the barrels in 1979, each dime was worth $3.00. He cashed in half and used the other half to make the chicken statue.”

“Maybe I should saw off a wing…”

They made their way to Dinty’s. The family had lost everything after the Long March rolled through their village. All they had to eat was cabbage. By the time they got to New York, they were able to set up a restaurant with 60 different bok choy recipes. The pair started off sampling some sailor hats, bird’s nests, and a sweet and pungent octopus.
“Sweet and pungent? Maybe sweet and sour? Doesn’t someone edit these menus? Look at this. Hat and sour soup. Krill dumplings. Fred Crap sticks. I think they do it on purpose.” Kyle was on a tear. They loved the food, but the birthday boy wouldn’t stop harping on the editing of the menus.

‘Okay, Kyle. The address of the printing company is right here at the bottom of the menu. It’s local, on the way to your tea store.”

The address was a warped door desperately in need of a paint job sandwiched between a knock-off electronics store and a dollar bus terminal. The door was unlocked and opened onto a staircase going down. They were met by a man with ink-stained hands wearing an ink-stained apron. A printer.

“We’re interested in having some menus printed. We liked what you did for Dinty’s, but we’re a little concerned about the editing.” A door opened behind the printer, someone handed him some galleys. Before the guy left, Pat saw at least six heavy-weight dictionaries, including the last print edition of the OED, a Meriam Webster, and a Collins. There was also a Mathews bilingual and some other reference books. Pat whispered to Kyle that there may be something rotten on Mott Street.

“Editing? You talk General Tsao.” He pointed down the hall to an open office; the friends both spotted the Kuomintang flag. A large man in fatigues with no insignia came out to greet them.

“I was monitoring your conversation. You’ve found me out. I’ve been waiting for this day.”

“Found you out? We want some menus printed…”

“No. You want to know about the spelling. I was Chiang’s propaganda minister. I also commanded an artillery division. I provided cover for the Nationalist retrenchment to Formosa. I’m just glad to finally get this off my chest. Not very honorable to make a living misspelling word.”

“No. Mr. Telly Platchet. Pay by the mistake. ‘Chicken rude and objectionable’ he paid us a $10,000 bonus for. Jerk chicken. Every story Mr. Telly write, foreign menus misspelled. Have to keep up funny mistakes, people tip bigger, Mr. Telly jokes stay funny. People buy more books. Everyone win but me. Every Hunan Paradise, every Szechuan Garden, waiters get bigger tips. Do you know what it takes to keep a rock in the middle of the South China Sea on the United Nations Security Council? I was the greatest communicator of the 1950s, the worst speller in publishing. You go now. Don’t pity me; I made my own choices.”

They were sitting in the parlor of the 5th of May Tea Shop, sampling the tea when Kyle elbowed pat in the ribs. Hey, I’ve never noticed this before. All these years I’ve been drinking Frog Mountain tea…”

“Listen, Kyle. I don’t want to embarrass you…”

“You know I don’t embarrass easy, don’t you?”

“I um, got you something for your birthday. We’re going to have to get a cab to The Bronx.”

For once, the FDR drive had no construction, no accidents, and moderate volume. Pat always loved the upper section of the highway, the Harlem River Drive. The new Willis Avenue Bridge rated about a four on Pat’s architecture appreciation scale. Kyle’s observation invaded Pat’s musings.

“No wonder the roads always flood here. Harlem RIVER Drive. Hutchinson RIVER Parkway. Sprain BROOK Parkway. Jesus, put your roads on higher ground!” The cab got onto the Major Deegan (an epic tale in and of itself) and took the exit for Van Cortland Park and the friends got out by the riding stables.

“The City put up a small rescue sanctuary here a few years ago. Ya gotta love municipal logic. Rescue injured owls near where the horses are, they’re all animals, aren’t they? It sounds good, but neither side likes the other.” A tall girl in khaki hiking garb met the pair on the trail leading to the sanctuary. “Kyle, allow me to introduce Shoshana Reilly. I’ve been funding her research project, renting some space in the sanctuary lab. She’s a shoo-in for a Dill Bates prize, free ride at any college. If it passes peer review, of course.”

“You know. In our day it was the Westinghouse. These days everybody sends their laundry out, but the software is always going to be a huge seller. Shoshana would like to make an introduction of her own. C’mon in.”

The room had what was likely the largest cage a chicken ever lived in; comfy nest, push-button corn on demand, flowing water, and, for some reason, cat toys. There was a tarp over the center of the floor. Shoshana opened the cage door. When she flipped over the tarp, revealing a gigantic tic tac toe board, the Delaware hen, cream feathers with grey tips, red highlights, strutted out onto the playing field.

“Kyle, meet Gallie. Gallie, please meet Kyle, Pat’s good friend.” Did the chicken actually look in turn to each of them?

“Of course. Make your move.” Kyle and Gallie each had a pile of naughts and one of the crosses. Kyle put a cross in the corner. Gallie countered with top row center, a naught, and some birdseed appeared in front of her. Kyle was so excited that he munged his next move and the chicken won the game. In a best of five series, it was two wins each and a tie.

“This is Shoshana’s project. How much can you teach a chicken? And now you know the answer to your question. You were, in fact, being gypped each time you gave Hu Wang a quarter. She didn’t need a computer. With a little hard work, she could have figured out the game herself. Gallie is one of five chickens in this project. You can have her. I’ve got a contractor putting up a coop in your back yard as we speak. I hope you two get along…”

It was another couple of months before Pat and Brenda were on consecutive barstools.

“You know, Pat, Kyle called me and told me about the birthday present. I think that’s the most kind-hearted thing I’ve ever heard of anyone doing, anyone I know, anyways. It’s hard to believe you’re still on the shelf. Perhaps we can do something about that…”

If you liked reading Hu Wang, please support Andrew P. Grell by checking out his previous works for The Ugly Writers. 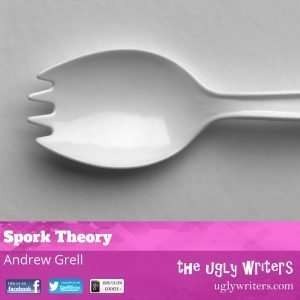 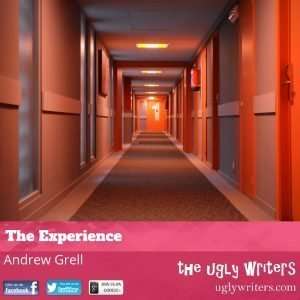 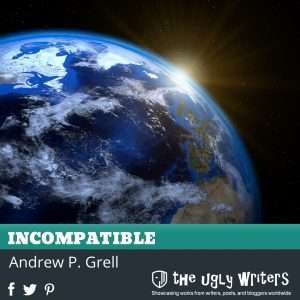 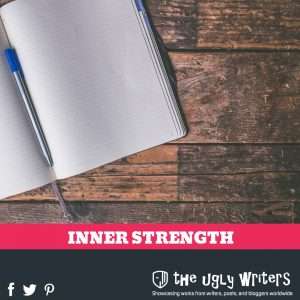 Andrew Paul Grell is, at 59, an emerging writer. He has always used writing as part of his advocacy for the alternative transportation and energy components of environmentalism, steadfastly chipping away until his editorial in Town and Village and his hounding of a City Council candidate combined to finally legalize electric bikes in New York City. He is now trying to develop a little style and polish and is diving into the literary pit with the rest of the vipers.
Articles: 7