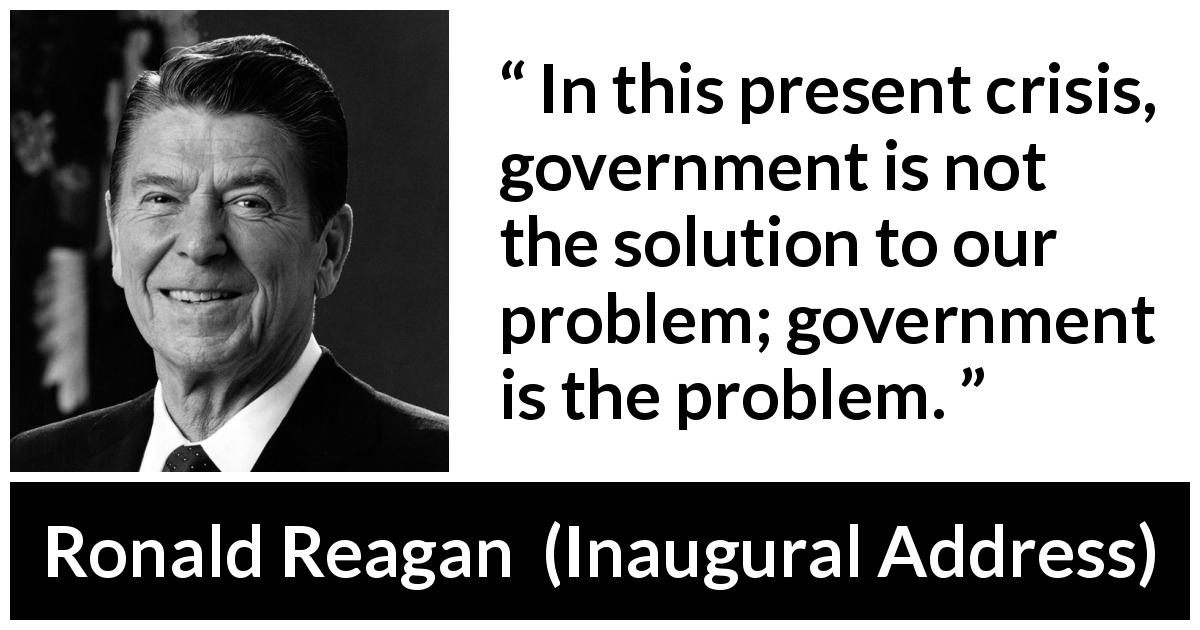 We often blast politicians for not doing enough, e.g. for accomplishing less than what we think they can. But if we look at present-day governments, their tentacles are already reaching every aspect of public life, or as Proudhon puts it:

“To be governed is to be watched, inspected, spied upon, directed, law-ridden, regulated, penned up, indoctrinated, preached at, checked, appraised, seized, censured, commanded, by beings who have neither title, nor knowledge, nor virtue. To be governed is to have every operation, every transaction, every movement noted, registered, counted, rated, stamped, measured, numbered, assessed, licensed, refused, authorized, indorsed, admonished, prevented, reformed, redressed, corrected.”

Almost all Governments to tend to operate like this, mainly because of the popular notion that Governments should take care of its People. Even authoritative figures and experts turn to Government for solutions, undismayed by any chance that the Government might become bigger and more tyrannical.

But even with all these government interventions in public life, many societal problems are yet to be solved. Drug addiction is prominent than ever. Teenage pregnancies are still on the rise. Families still struggle portioning their meager income.

Maybe it’s time for us and for Governments to admit that not everything can be solved by the State alone. You cannot legislate your way to poverty, nor ban things to achieve some notion of Utopian morality. Necessities should be regarded as personal, not State matters. Parents must double their effort in educating their teenage kids about the negativities of unsafe sex. Societies of Men must cultivate a culture of respect towards women. These things cannot be done by Governments. Governments can only spend, legislate, imprison, reward, but not teach, guide, or provide spiritual fixes. With the Government being confined in a few disciplines, we are sure that it would do better, than designating everything to it. And with the People being left alone by the State to do whatever they want in pursuit of meaning and happiness, we are sure that Individual liberty would not be eroded.

By believing in the Individual and the spirit of Bayanihan, Governments will become obsolete.