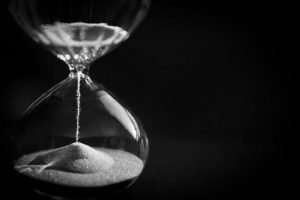 “In this lifetime, can I change my fate or should I give up now because it’s already written anyway?” – Agatha Dewnesteur

Agatha Dewnesteur was the tenth child of the Royal family of Deins Empire. A daughter from a concubine who came from a merchant family, she was not typically favored within the empire. She grew up well-mannered and average in anything unlike her brothers and sister. Her fate was already decided being the last princess, she will be definitely married off to any man who holds power. She was also not exceptionally beautiful but little did the people know, she has a secret, the soul inside her was already reincarnated three times, this lifetime is her fourth.

“When will I die this time?” she thought to herself.

Agatha, or Aggy to her family, lived in the Emerald palace,  the farthest and dirtiest palace. It only had a few servants but later on Aggy told all the servants to report to the main palace or other palace because they are needed there the most.

Some were suspecting her of hiding things or planning something behind the royal family’s back but it was not because of that. Aggy was already tired being reincarnated several times and ended up dying. She strived so hard in her past life but in the end, it was all the same, she will be killed by those people she trusted or will fall into the traps set up by her comrades. She was tired of it. She honestly just wanted to end the cycle.

Now, living alone in the Emerald palace, she is the one doing all the chores, cooking and even gardening there. Being the unfavored princess, her presence was really not important. She would occasionally attend gatherings in the main palace whenever they were summoned. Her food supplies were delivered to the emerald palace weekly, of course, as always, her ration was few compared to her other siblings.

It was a stormy night and the thunder roars and lightning strikes were non-stop. She should’ve been afraid of it especially when she was living alone but she’s already used to it.

She heard three loud knocks on the main door of the Emerald palace. She can hear it because she took the nearest room in the main door, the maids’ quarters.

Without checking who was knocking on the door,  the princess immediately opened it. She saw two gold colored eyes staring down at him. A man in black coat was soaking wet.

She felt danger but the man in front of him fell on the floor,  that was when she noticed he was bleeding.

Aggy tried her best to treat the unknown man. For three days, she never left the side of the man until he finally woke up.

“Are you the maid here?”

Aggy didn’t want to inform the man that she’s actually a princess. She just smiled at him. “Are you hungry? Can you move now? Your wound was deep so you might still feel pain or numb.  I did everything I could to treat it though. If you can move now, let’s eat together in the kitchen.”

Agatha lends the man help to go to the kitchen. Together, they shared a bit of soup and some bread.

“This is all I’ve got, sorry if the taste is not to your liking.”

“How can you help me without knowing who I am?”

“Should I turn a blind eye if a man was dying in front of me?”

“Aren’t you going to ask what happened to me?”

“Are you going to answer if I asked you though?”

Again, he became speechless. “This woman is smart.” Warren thought to himself.

A few more days have passed and Warren has fully recovered. The two of them became closer. He sometimes helped Aggy in doing chores or gathering ingredients in the woods for their food.

While they were eating lunch together, Warren asked a question because he noticed something strange in the emerald palace.

“Why is that there are no servants here other than you? And where is the last princess?”

Aggy smiled. “All servants of the emerald palace were sent to the other palace to serve the other princes and princesses. I’m the only one left here.”

“Then, where is the princess?”

“She was living somewhere else at the moment but she will come here soon again.”

There was a long silence before one of them spoke again.

“Then, can I ask you a question too?”

Warren nodded at her.

“What are you doing here in our empire, knight from Winslet Country?”

Warren became stiff. He raised his guard up and glared at Aggy.

“I found the emblem in your sword. You came from a far away country. Do you need something from our tenth princess?”

The man stood up and pointed the table knife on Aggy’s throat. She was just staring back at him without any hint of fear.

“I heard that my lady, the princess would be married off to the youngest prince of Winslet to strengthen the bond between the empire and your country. Are you here to meet the princess or to start a war against the empire?” Her eyes were full of life. There was no single trace of fear in her eyes.

Warren retracted his hand and went back to his seat. “Why aren’t you afraid of me? I could’ve killed you.”

“I’ve seen everything already. If I die here now, I guess that’s it. No one will mourn as well if I die.”

“Don’t you have any family?”

“I have but they are too busy to notice that I’m even alive. If I will die in your hands, that’s fine too,  at least I know that I died in good hands.”

“Good hands? How can you say that?”

Aggy only laughed. “Do you hate the princess?

“How can I hate someone whom I haven’t seen even once yet?”

“You have a point. But you know, If I’m the third prince of your country,  I would demand to have the second princess as my wife. She has exceptional talent in economics, she’ll be able to help the Winslet to flourish their economy.”

“Why are you giving away your empire’s princess? Are you really a citizen here?”

“Hahaha. Of course I am. I’m just saying my opinion. Having the last princess of the empire has no value for the Winslet,  she’s a nobody and only avere in anything. She also looks ordinary too.”

“Hey hey,  I’m starting to doubt whether you are a maid here in this palace or just someone who openly insults the royalty.”

“I’m just stating a fact. But oh well, you’ll be able to meet the princess tonight. She’ll be here.”

“Yes. So can we just finish eating for now. I have a lot to prepare later.”

That night, Aggy informed Warren that the princess will arrive at nine in the evening. She told him that she might not hear the knock of the princess because she will be working non-stop in the second floor as preparation for the princess’ comeback so he can open the door for the princess.

Before nine o’clock arrived, it started to rain again and the rumbling of the sky was giving a hint that this rain will definitely be heavy. When the clock strikes at exactly nine o’clock, Warren who was waiting at the palace door hears knocks, the princess has arrived. He slowly opened the door and when he saw someone wearing a green robe standing in front of the door, he immediately struck his sword into the stomach of the princess. He twisted it and thrust it deeper to ensure the fatality and death of the empire’s princess.

She was just standing there, her bleeding was enormous and finally, coughs an ample amount of blood. With little strength left,  she slowly removed the hood of her robe, revealing her face. As the light inside the Emerald palace lightened the face of the princess, Warren’s face turned pale.

“Aggy!!” he shouted. The princess’s body fell on him. Warren started to cry as soon as he recognized the face of the woman who saved her life. “Why… why did you?? ” his voice was shaking.

Agatha shakes her head. “Stop. This is already fated. The moment I…saw your golden eyes, I knew it was you…I’m…” she coughed blood.

“It’s okay. Just–don’t get caught. Leave me here… now.” Her hand that was caressing Warren’s face dropped as she uttered her last words.

That night was a nightmare for Warren. He felt his heart torn into pieces for the first time in his life. He lost the person who treated him kindly the most and treated him equally regardless of his status. He lost his heart.

When the morning came and the knights and servants who were going to deliver the princess’ ration came, a dreadful scene welcomed them.

The princess was lying and bathing in his own blood while being held by a knight who was stabbed in his heart by a sword.