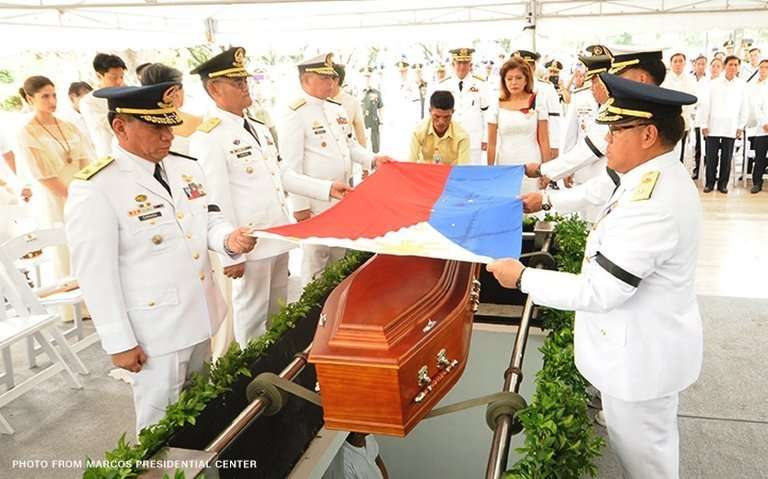 There is no such thing as heroism after an inhumane, unethical, and dishonorable stroke through humanity.

In pursuit the decision of the Supreme Court (SC) of the Philippines to bury Ferdinand E. Marcos at the Libingan Ng Mga Bayani (LNMB), most of the Filipinos, particularly youths grumble and created a deafening plea to haul its verdict.

Subsequently to the said action of SC, the Marcos family astounded the Filipino people when in November 18 they executed the so-called-heroes’-burial of the head of their family. It gratifies the long dream of the Marcos’ to have a decent burial and a right burial for FM.

Aforementioned action of Marcos’ formed wrathfulness and grief to nation that leads to various protests and call to unburied the only Dictator the Philippines had.

It has been said that in time of Marcos Regime, the Philippines used to be rich and was our golden era. That our economy was ample and the poverty rate declined. Well the truth is, in his term on 1965, the poverty rate of the PH was 41% but suddenly before he had been ousted, our poverty rate rises to 58.9%.

In addition, there was a claim that Marcos is not a corrupt leader. But Forbes list Marcos as the second most corrupt leader in history. An estimated of $10 billions stole by Marcos.

In the 1972, FM declared Martial Law that  allows him to stay longer in his position. On the contrary, while his supporters believed that this is the most peaceful era in the Philippines, 70,000 people were imprisoned, 35,000 were tortured, and 3,257 were killed under this period.

Moreover, Marcos does not lead any guerilla troops against Japanese Soldiers based on a US Military investigation.  Also, his war medals were also fraudulent. Then, the entitlement as a hero as a soldier is not appropriate for his burial.

Now, no doubt why groups and individuals disputes to unbury Marcos from LNMB. His doing during his reign as the President of the Philippines is a strong evidence of inhumane and unethical actions.

If defining “Bayani” at LNMB is based on doings of a person —- in his unprincipled and disreputable deed, then Marcos was a great hero. But if “Bayani” defined as people who sacrifices their lives for humanity, then Marcos is no hero at all and unqualified to buried at LNMB.

National healing and reconciliation through Marcos Burial is not the answer to liberty, thus, it is only a repression of our freedom. Justice for the martial law victims is what we need.

Stop defining LNMB as the home of corrupt and dishonorable leader. Stop the No Hero Burial on this consecrated place.

Marcos No Hero. At all.

The article above falls under Ethnocentrism. The author opposes and disagrees with the SC’s decision of burying Ferdinand Marcos in the Libingan ng mga Bayani. He is ethnocentric because he wants justice for the Filipino people who suffered during the time of martial law.

National- This has been one of the major issues that Philippines had faced. It had been a long debate that lasted for numerous years. Marcos who had been the President of the country for almost 20 years. When he died his family are requesting him to bury in the Libingan ng mga Bayani, which has been denied by many Presidents, until Duterte granted their request.

National- It tells something about the author’s opinion of a part of Filipino History- Marcos Era.