Steven Pinley was a mere student back then, learning all ins and outs of biology. However, Pinley was greatly ahead of his class and had much more knowledge about the subjects discussed in lectures than his peers, and often held private discussions with professors and other individuals of equal intellect, though few could match his.

We talked before classes, sat next to each other and dreamed of our fantastic futures as biologists. One day we took our concepts and ideas further than the frantic, yet fruitless daydreaming we were so accustomed to and devised a plan to put our newly learned knowledge to use. We rented an old logger’s house situated in the grand forest bordering Westhorpe, a settlement located next to our home city of Kingsham. With an old surgical table we bought anonymously and some electrical lights which were being sold in Kingsham had a laboratory of our own where we could work undisturbed and on ideas and experiments of our very own. I searched for knowledge which extended beyond the university’s courses and thusly gain knowledge to excel in regards to my performance. I wanted to research for reputation and public knowledge.

The house was a forty-five-minute distance from the university. The grand town of Kingsham was the start of the walk which became intensely familiar to us after the repetitious journeys. Exiting the town, the road to Westhorpe greeted us with its monotony and tedium. Yet over time, we started to appreciate the road for its unchangingness as the length and lack of distractions allowed for us refining our upcoming experiments. I remember this first walk to the lodge, preparing to see it for the first time and examine the room where we were to spend a majority of our free time, the road to Westhorpe being already familiar, but the walk through that damnable forest leaving deep impressions on me. The forest had an unwelcoming radiance even the locals were wary of. The dense growth and canopy of the trees gave way only to neverending darkness. An old, decrepit, overgrown road led us to our similarly old, decrepit and overgrown house. I was never able to feel any hint of comfort in that place, for from every crack in those bricks poured an ominous darkness. And how right that ominousness was.

We had decorated our new laboratory with old drawers we filled with tools, three electric lamps and the old table we had sourced. Preparing the place took several days, and Pinley and I were appropriately using the time preparing the location and the journeys there to thoroughly think out our first subject of research. To get familiar with that new uncommon place, we thought it better to research something unchallenging. We chose local mushroom research to be the appropriate primary subject, but God! How I chose we had not.

Exams and several other university related distractions caused me to not be able to visit the house for quite some time after having just finished furnishing that room and planning the first topic, yet Pinley told me he was quite familiar with the place as I finally had the chance of joining my partner in research for the first time.

Pinley had already gathered various samples of local mushrooms and mushroom-infected vegetation. Centrally on the table was a large log, the smell of which overwhelmed me with its damp mouldiness. Pinley handed me a fragrance infused face mask to border out the overpowering smell and pointed out several fascinating features of the log.

Mushrooms had covered the upper surface of the long-diseased log, as tends to happen in damp forests. Pinley surgically removed a piece of tree bark, and thoroughly excitedly showed me the roots of the several mushroom species covering the surface of the log. The roots, he explained and proved, burrowed deeply into the log, a log that had been long dead before the first mushroom had started growing on it. The rooting of the mushrooms appeared like veins through the wood and created a network that connected one mushroom with all others and vice versa. Every mushroom was connected equally and exchanged nutrients with the other mushrooms. The log had become the body of a living organism, and the mushrooms were the organs and veins thereof, as Pinley so eloquently worded. ‘It had become a living creature once again.’ Pinley said with an awestruck expression.

The coming weeks of research had composed of finding samples like the original log and experiment on the found samples. We found that altering the roots of the mushrooms, by severing them or, oppositely, nurturing them, the mushrooms would react swiftly and strikingly. All features of the mushrooms would adapt; severing the roots, expectedly, resulted in the mushroom withering, yet not dying. ‘As mankind, banishing an individual from society does not eliminate him, yet thoroughly weakens him. The difference between death and weakening is one not to be overlooked.’ Pinley stressed. He noted every feature of the withering, surviving mushroom. Most died out after a remarkably long amount of time, yet what fascinated us both was that some of the exiled mushrooms prospered and created a new population of mushrooms, same species as the ones it was exiled from yet all having characteristic features originally found in the unique, severed mushroom.

Pinley was fascinated by the life-like, human resemblance of the behaviour of the mushrooms, yet eventually directed his interest elsewhere. His research shifted towards the carrier of the mushrooms. A fascination regarding the roots of the mushrooms grew and grew, and especially regarding the ‘mother’, as Pinley called the carrier by the resemblance of the carrier losing vitality and vigour as to facilitate the growth of the mushrooms, such as a mother does when she carries her child. Often the mother, the dead log in the primary specimen, benefited parasitically of the growth of the mushrooms. Wood would show signs of health caused by the mushrooms growing on it, and the roots nurturing the wood once again. Pinley said that the mushrooms almost revived the wood, and started experimenting with bringing pieces of bark and thick tree branches back to life by utilising select mushrooms and the ways that their particularly thin roots permeated equally through the wood, not damaging the fibrous structure of the wooden mother.

One day I wasn’t able to go with Pinley to the lab, as I felt quite sick. I had caught influenza and the doctor told me to stay home, so I phoned Pinley with the phone down at the entrance of the house where I had an attic room to tell him how I was not able to join him that day. Pinley took no offence, he even seemed excited to be able to work by himself as he told me how he had some plans he wanted to work out in quiet and pure concentration. We had been working on revitalising pieces of wood from fallen trees with nutrients supplied by mushrooms. We discovered that by letting mushrooms grow on the wood and feeding the mushrooms certain vitamins and minerals, pieces of wood appeared to lose the dark brown colour characteristic of dead wood and trade it for lively light brown, the colour of living trees. One sample even managed to sprout some leaves from its former dead self. We truly felt on the edge of something amazing, being able to revive fallen trees and making them grow leaves, and hopefully even sprout new fruit.

All this made me not understand what Pinley was so glad about during that phone call, but oh how I wish I had just stayed home forever, never to see that damned laboratory ever again. 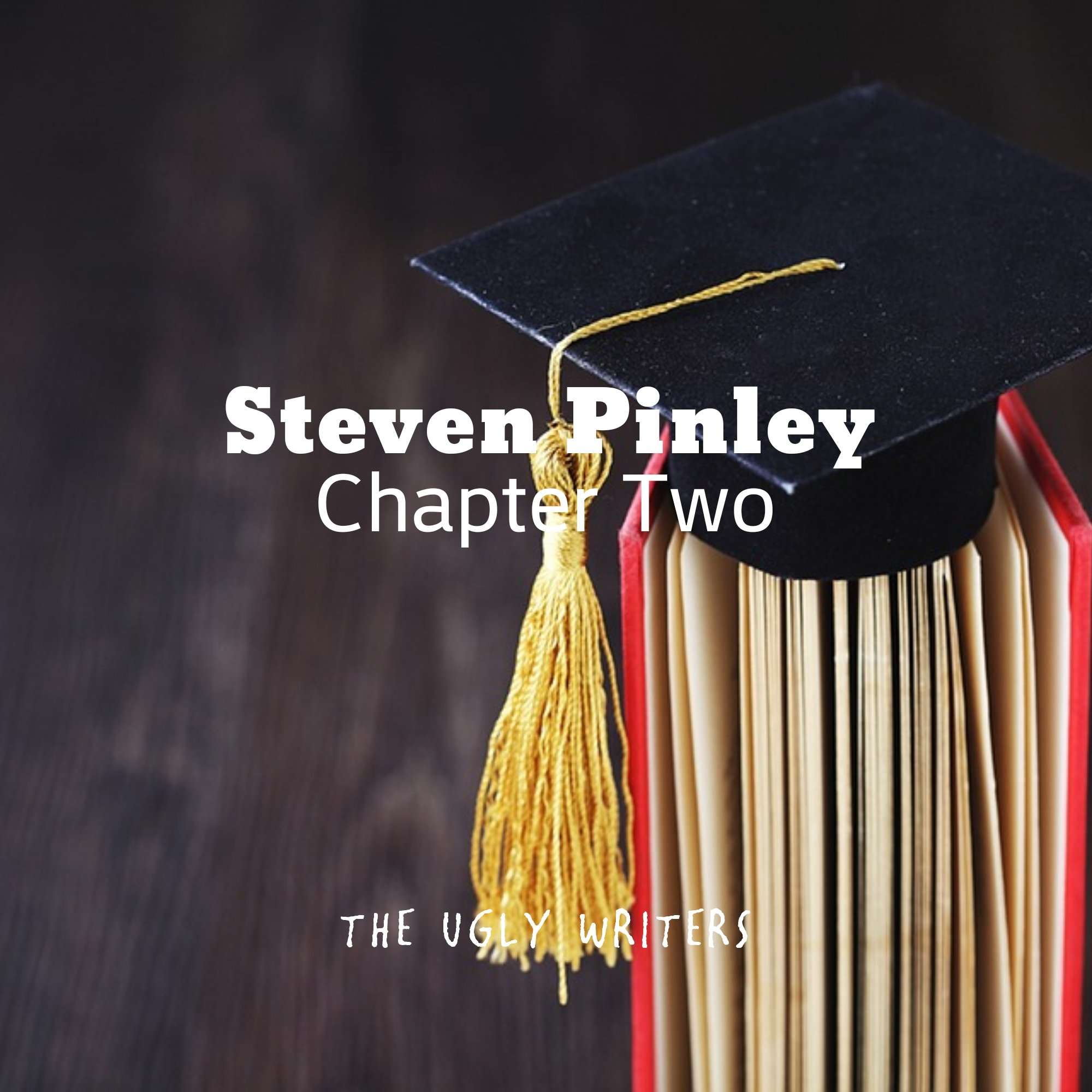 Visit me on my blog 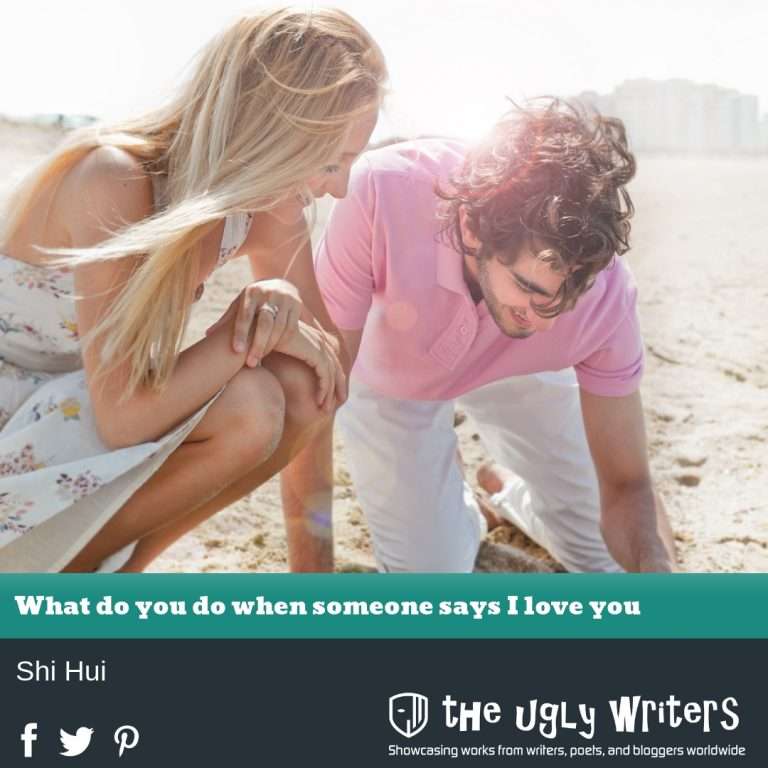 What do you do when someone says I love you 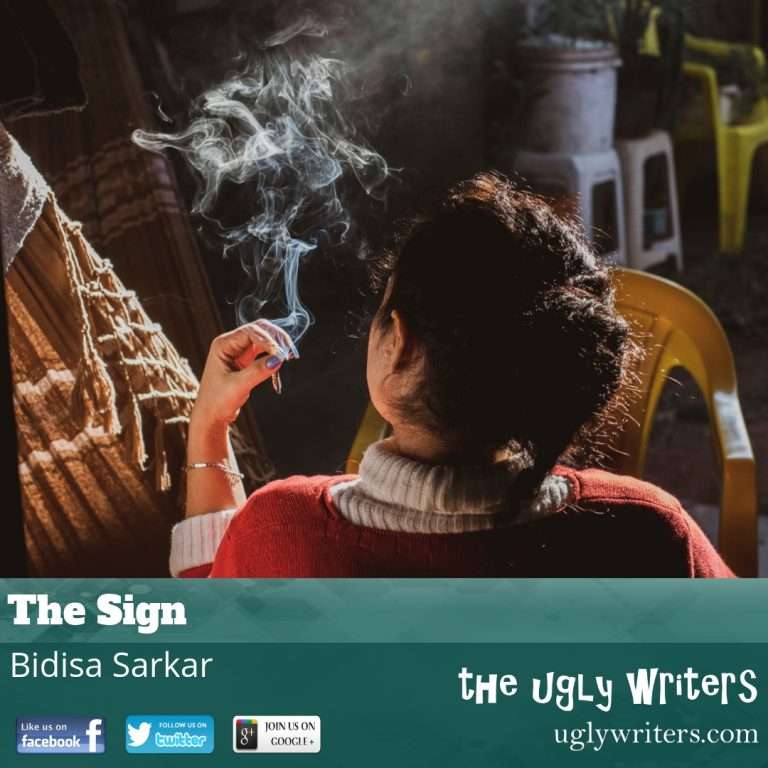 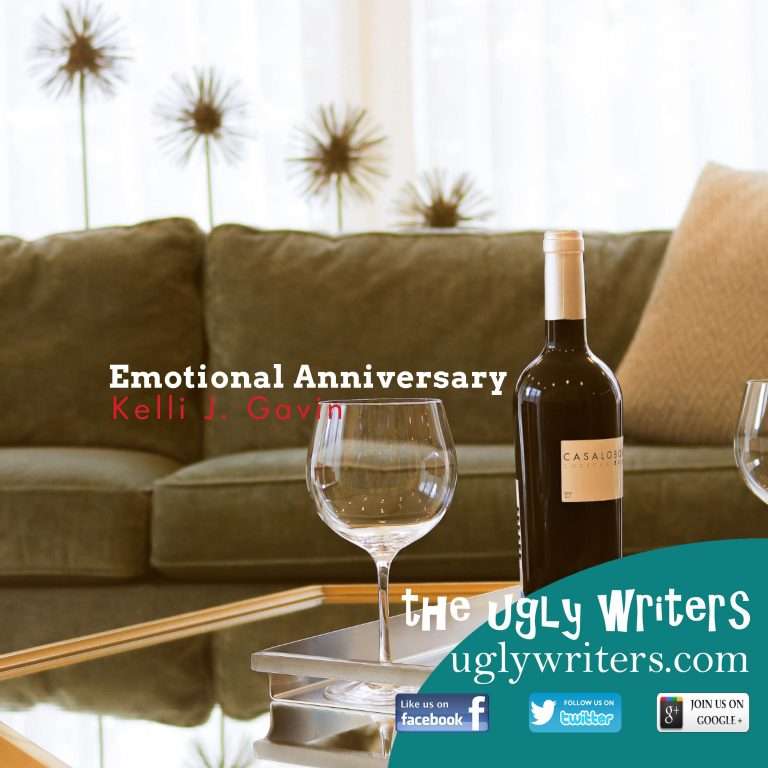 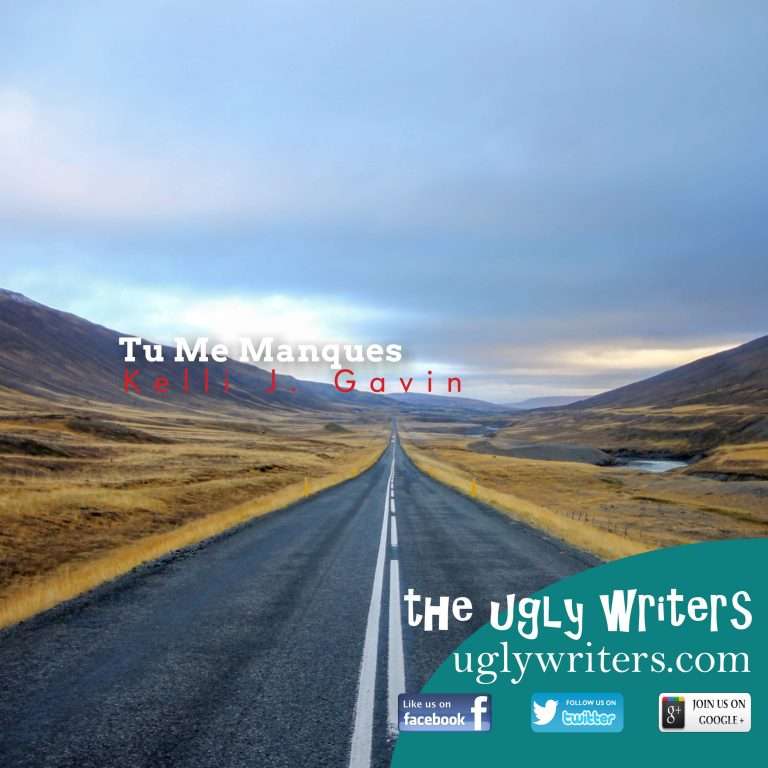