It came to that moment when I’ve realized that it had been five long years and not one word was exchanged between us.

We communicated with each other for the last time, yet abrupt, back in 2011. As far as I can remember, it was a text message which in it you said you were on your way to your weekly Bible study. Later that night, as I was packing my things for a trip, your boyfriend J messaged me, asking me if you were OK. As I recollect, that was the very time I learned from him that you were pregnant. I began to worry about you.

“OK naman si S — [She is okay]“, said a male voice on the other line as I decided to call, possibly one of your brothers.

And then I knew I needed to hang up. I never wanted to hear a single word, ever. I could have said something so that I can speak to you but I felt a lump in my throat. I knew I am not in the position to demand to have you over on the other line, but at least your family could use some sympathy.

What’s worse was attempts to reach you were futile: Yahoo!Messenger, Facebook, Twitter, and then Instagram. You have managed to shut all your accounts one by one down until you were nowhere to be found.

You know, S, I’ve known you since high school, and, between us, we’ve been through a lot. On my first day as a newcomer at your school, you were even the single bravest student who managed to make friends with me, who was an outsider. As your friend, I won’t judge you just because you got knocked up outside marriage. You knew me, I will even understand you and accept you.

But, what broke my heart was when I learned from J that he has been estranged from your family, and from your child! You’ve taken that right away from J, and that was his right as the father of your child. All he wanted was to know if the child is his or not. And if she is his own, will your family give J the opportunity to be a part of her life? If you only knew how J was the minute he was cut off from you, you would have been immensely sorry. J had accepted full responsibility from the start, as you knew, but you did not have the strength to defend him to your parents. He was so upset with everything that happened after that, S.

After all these years that we have been estranged from each other, I have come to terms with this situation we now have, this chasm you and your family made. If you’re going to ask me how I’ve been through these years without you, I can tell you that my journey from becoming a dismissive, rebellious, supposedly-Muslim teenager that you have met twelve years ago to a decidedly irreligious — agnostic, to be specific — individual that I am now has made me understand this predicament. To be honest, I am relieved to have learned what I think has led to you leaving your responsibilities. Learning and realising all these was never an easy feat. It took a great deal of looking into the past, S. And looking into the past requires opening some wounds, and you know that very well.

Remember that time when you were overjoyed at us going to the mall without your family following you around? You were so happy that it was breath of fresh air for you, only ruined when we saw a nary of your dad’s car behind us. You were terribly distraught that you cried so much that you hated your family. I did not condone your contempt towards your family, but what I approve of is your right to exercise your freedom in order to develop what is right and what is wrong. We may be high school students, S, but we were not ignorant.

I also recall that very moment when we and some of our close friends from school spent time at a condo to swim. At the jeepney ride going home there was a talk about your mother disapproving my presence around you, that I am a bad influence over you. I did not mean to disrespect your mother for being myself. Despite it all I exercised full caution when your parents are around. And you knew it was fine between us.

You know, I realized that you have returned to the fold of your family’s religion, after seeing some photographs of you on IG. It may have been a process for you to forgive yourself for your mistakes, but you didn’t have to do it. In my opinion, getting a new lease in life does not include forgetting your friends, most especially the father of your child.

You’re a smart lady, S. I know you are smart because you believe in yourself at one point in time. But then, your family’s influence over you won against your principles, and you couldn’t hold yourself up anymore. You may respond to me that your conversion is your own doing, but I beg to differ, knowing that your family practices Born-Again Christianity.

S, I do not blame you for your rebellion towards your parents back then. You know why? Because they kept you from learning by yourself, by fending for yourself, by understanding things on your own. The idea of you being the only daughter — and the youngest in a brood of four — has put you at odds with everything concerning your welfare. It’s your family’s scheme of things as a unit of Jesus’ community versus your own beliefs.

Did you regret getting pregnant just because your parents were distraught at the very idea because it goes against their beliefs? I wish you thought twice at that, only if you were so brave enough to defy your parents. You were already a consenting adult at that time, S, you could have decided upon yourself. It’s your body, not theirs. You are not their property, nor Jesus’.

Not one day passes without my mind set on you, S. Even on your birthday, I still try to give a few thoughts for you. I understand that we may never see each other again, but I am hoping that one day you will realise that you could have turned back time and make amends with J. You do not know how much he suffered.

To your parents and your brothers: I know you mean well towards S as she is your daughter and sister. It saddens me to learn that you decided to shelter her once again. If proven that you have been instrumental for making her regret everything because it displeases your church, then you are brainwashing her. Your decision, if found to be true, has caused so much resentment that it took us this long to purge.

To everyone who reads this entry, I hope you all understand how 5 years of no contact and no closure have made me. And this is the end result.

S, I wish you well. Thank you for those happy and sad and crazy and annoying times we had together. It was a blast. Twelve years ago, at a Catholic school we met with a laugh. I would also like to take this opportunity to apologize for the times I’ve let you down. But I know that you know that I mean well.

Let this be known that if ever you’ll read this, always remember that I am writing this in the best of my interests towards you. 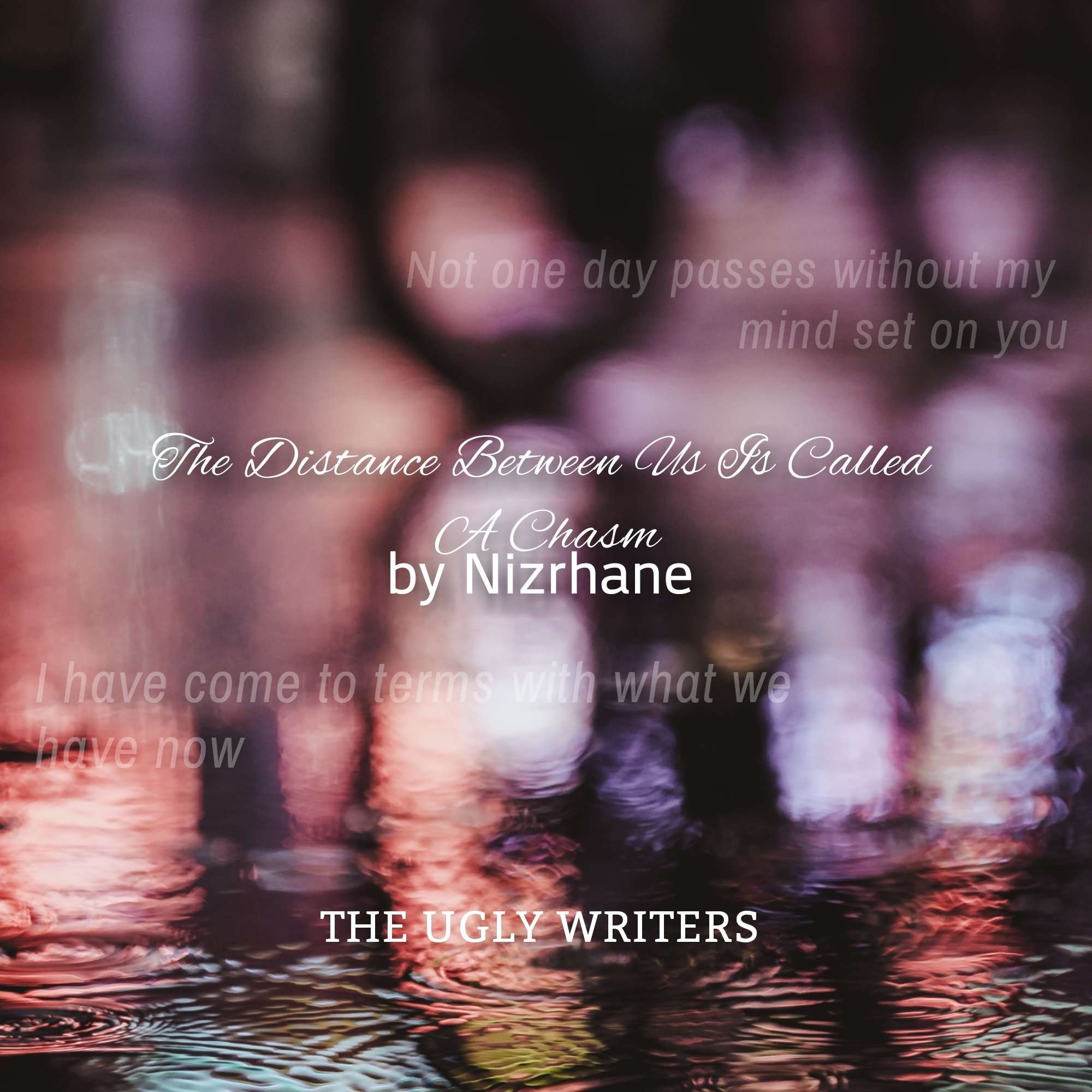 Guest Posts submitted to TUW are reviewed and scheduled by the admins. Photos are either provided by the contributor or created using Photofy. If you wish to submit an entry, head over to https://uglywriters.com/submissions
Articles: 118