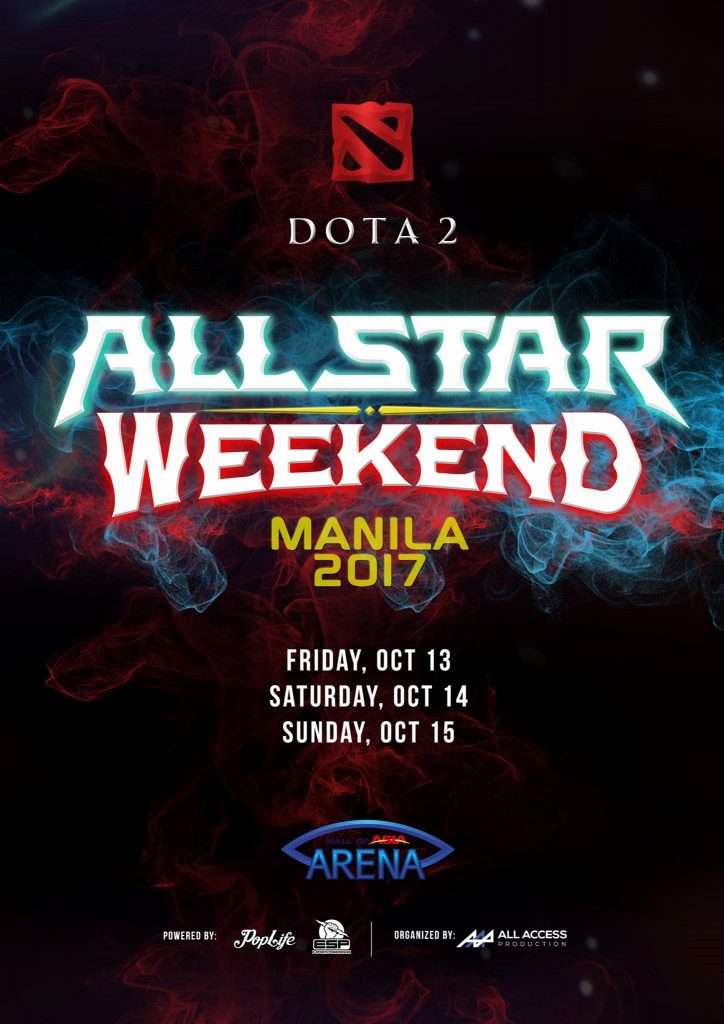 MANILA – Manila has been selected to host DOTA ALL STAR WEEKEND. The Manila Invitational will take place on Friday, October 13th to Sunday, October 15th at the Mall of Asia Arena. The #1 eSports game is coming to the Philippines as part of the filming of the Hollywood motion picture, “Underdogs Uprising” and will feature 4 TOP DOTA 2 professional teams battling for supremacy.

DOTA 2 All Star Weekend will be made possible by Pop Life Entertainment in partnership with All Access Production. Ticket prices and line-up will be announced very soon so stay tuned!

The DOTA 2 ALL STAR WEEKEND is a festival of gaming and music, a first in the world of eSports gaming scene. The weekend will kick-off with international music and local recording artists, dance crews and DJ’s with live DOTA 2 action happening on the main stage.

DOTA 2 All Star Weekend is a three-day long event made possible by Pop Life Entertainment in association with All Access Productions. Mark your calendar and save the dates. General Admissions tickets go on sale Monday, September 18, 2017, and are first come first served. Reserved and VIP seating will go on sale Monday, September 25, 2017, and will include official DOTA 2 merchandise, so stay tuned!

Be a part of eSports history!