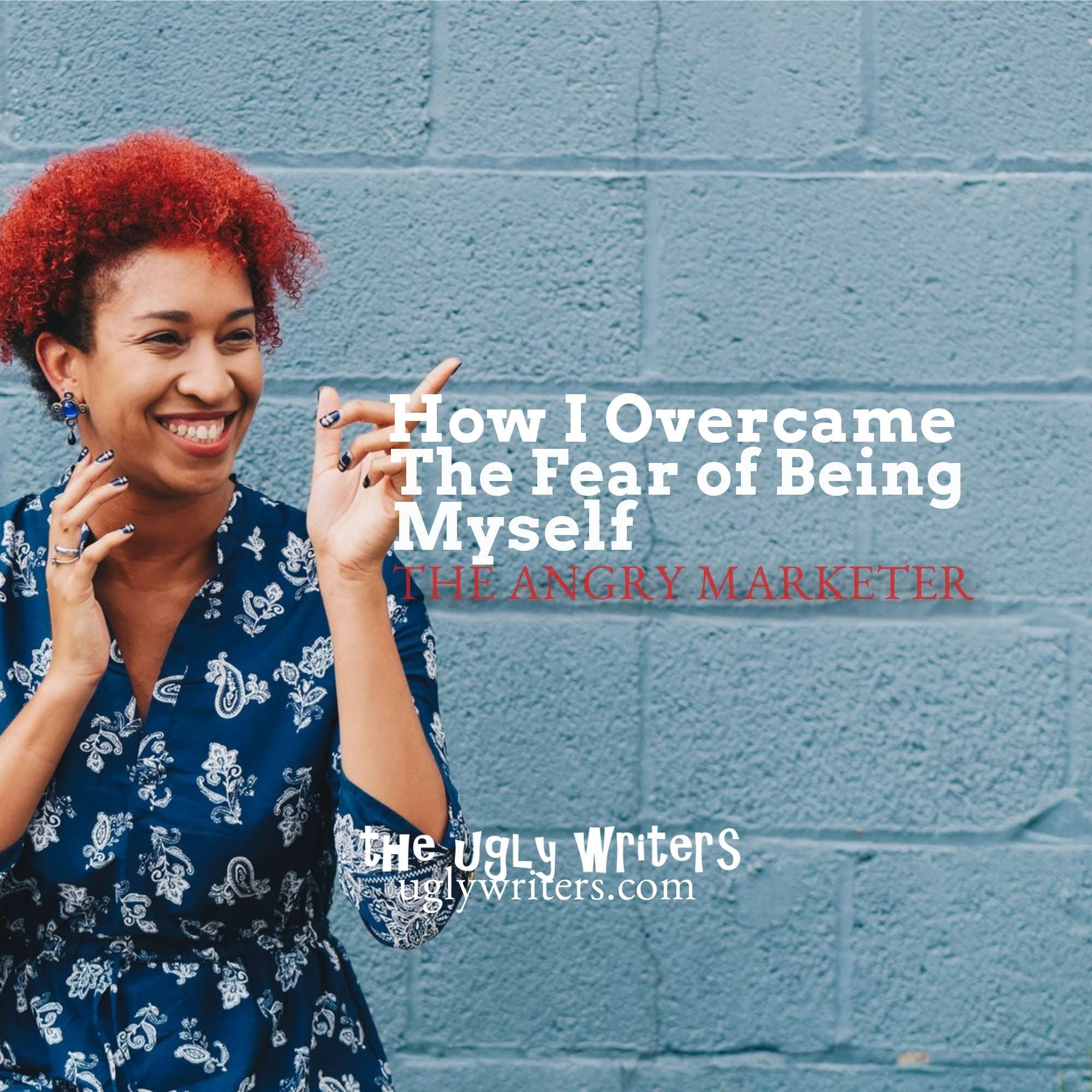 Happy New Year, guys! I want to wish you all the best for the new year and I agree with you for everything that you wish yourself as they align with God’s will. It has been forever and a day since I last graced these pages with my thoughts and honestly, I have no excuses. I just haven’t been feeling like making content. I basically had to force myself to put out for my blog and unfortunately, my creative juices were dried up. But it’s a new year and I am pretty much gassed up to try to be consistent in my contributions on both my personal site and for The Ugly Writers. Keeping my fingers crossed.

The title pretty much explains it all but I must warn you that I am still overcoming this fear. There are some cobwebs that I have to dust out and it requires that I go into the dark corners to get them. But generally, I have overcome some pretty big hurdles where this is concerned and I feel like acknowledging that is gonna help me even further along.

It’s Recess and I am walking on the field with my “friends”.

I pause to snort derisively.

I’m about 7 years old and at this point, I am trying to get to know people. I think it’s fair to mention at this point that I didn’t go to pre-school so I didn’t have experience with other children in a classroom setting and there I was being thrown into that with no warning. I literally had no idea what to do, how to act or how to integrate. And you’re probably saying “Well, that’s every little kid. Everyone is scared and unsure.” I disagree. Little kids don’t actually care. When they’re that age, everyone is okay and nice and functional. It’s more around the age of 8 or 9 or 10 where it is really like “Okay. I need to be where the cool kids are.” How do I know this?

The girls that I was in the company of were the head hens of the class. They knew what was on Disney channel and had all the latest pop CDs and had all the pretty brand bags that their cousins sent from the States. Trust me when I say that that was a big deal back in the day. So we’re walking and the topic of boys comes up. Why? Because…..them, I guess. They were all going around saying who they liked.

Pause. Remember: I am seven at this point. These girls are 8 or 9. Feel free to feel as weird as I did when that question came up. I certainly wasn’t into boys at the time. I hadn’t the time or the patience. In a nutshell, they were still icky to me. Fast forward, they finally got to me and asked me quite pointedly who I fancied. They caught me off guard cause I didn’t think I would have to participate. So I didn’t think about an answer at all. Like I said, I wasn’t about that life.

How I wish now that I said Elmo because that was the only thing I was interested in at seven. That, and Enid Blyton books. But no, no. I scrambled through the class to pick a name. Any name.

“I like Andre *insert-last-name-here-someone-ANYONE???!!*” I said, beaming like the little foolish gumdrop that I was. Pause. I was more interested in the adoration of these girls than any one dumb boy. I couldn’t care less about Andre….whatever-the-hell-his-last-name-was. I just said a name to not be the weird one or the baby.

Unfortunately, it was the wrong one.

You know I’ve always wanted to have the ability to fly just like a superhero but I don’t think if you’re supposed to feel like your life is in total danger while you do it. That is one of the many wise thoughts that came to me that day along with this very profound one – “Leave people man alone!”

I just felt myself being lifted from the ground by my collar. By my collar. Apparently, one of the bigger, taller and generously endowed for her age girls was interested in this Andre. So, basically, she collared me. I do not remember what she said but I do know that I changed my mind faster than you could say “Put me down.” And so, it began.

On a serious note though, after that day I was perpetually afraid of being collared. Of being man-handled for having my own desires and wants and opinions for being different. I didn’t want to rock the boat and even worse, I wanted everyone to like me.

I pretty much became a walking piece of carbon paper. I mean, when in Rome, right? I figured that if I acted like them, I would be accepted and have friends. To be honest, I thought that something was wrong with me. And for 8 years that was the mentality that governed basically everything that I did. I spent so much time trying to not be “weird” that I wasn’t having a very good time at school, and to a certain extent, at life.

HOW I OVERCAME
It came from laying down and just being honest with myself.

“Who better to be yourself than you?”

So the hell what if you don’t watch Game of Thrones and everyone is up to speed. You can’t put that ish on your resume.

So the hell what if girls your age are wearing makeup and you’re still working out what the right amount of lip gloss is to look like a snack and not like you just ate the whole buffet. You’re beautiful enough no matter what anyone says. Plus, when your skin looks like the bomb dot com with or without makeup in 20 years, you’ll be glad that you took your time.

So what if you’re not at the cool table? Do you want to be stuck eating Lunchables or do you want filet mignon?

It’s all about being different and loving the fact that you’re just that different. The most successful people in the world usually were the weirdest kids growing up. They weren’t popular by any stretch of the imagination but they were determined to prove their haters wrong. To show them that there was nothing wrong with them contrary to what everyone else thought. And that is how I started overcoming the fear of being myself.

That’s all that there was to it. Once I realized the beauty of being different I really stopped caring what people thought about me. I became determined to make my own rules and to accept everything about myself whether I liked it or not. Now I revel in my weirdness because weird people be winning! I am not ashamed of the things I used to be ashamed to announce. I love Korean dramas. I STILL watch Nigerian movies because I love black people doggone it. I have not seen Game of Thrones and I don’t plan on watching it. I am not a Superman fan but I still have a crush on Tom Welling. I hate raisins but will eat raisin bran, trail mix and “sweetbread”. I talk to myself. A lot. But that is what makes me, me. Let me tell y’all right now: I am still insecure about certain elements of my life but I am proud of all my quirks and at this point, I don’t really care what anyone else thinks. Your opinion, your problem. Anything other than that, fight me. ?

theangrymarketer
The Angry Marketer is dedicated to assisting other bloggers to capitalize on the simple process of the Marketing Mix to gain more readers, subscribers and page views.

Please Login to comment
Connect with
I allow to create an account
When you login first time using a Social Login button, we collect your account public profile information shared by Social Login provider, based on your privacy settings. We also get your email address to automatically create an account for you in our website. Once your account is created, you'll be logged-in to this account.
DisagreeAgree
7
0
0
7

Everyone has its own way on how they express their feelings or their self to other. You don’t need to look like a smart person or what so ever to let other accept you in their group, you just need to be yourself because it’s nice to be an original than a copy.