Age is Just a Number

My sister Angie is 19 months older than I am. When we were growing up, she was only one year ahead of me in school.  She often joked with others and made sure everyone knew that she was the eldest. When you are young, age is something to be proud of. Almost something used to show off.  As if age speaks to maturity or knowledge.  When does age, or being the eldest become something we look at as a a draw back or a conversation to avoid?

When I was about 9, I asked a woman at church how old she was. She seemed ancient, yet I didn’t remember her ever appearing younger than she did at that point.  My mom quickly shushed me and said, “Kelli, you should never ask a lady her age. It isn’t considered polite.” The old woman giggled and said, “Oh dear, that is quite alright. I am 84.” I gasped. “I was right, you are so old!”  My mother ushered me away so quickly, I think she was half carrying me, half pushing me as I don’t remember my feet having to put in any of the effort. I never lived that one down. My mother retold the story to anyone that would listen for the rest of eternity.

When I was 10, my mom (Jo) was 30 and my grandmother was 60.  Each of us 30 years apart.  I loved knowing that. Three generations of women.  I was also 10 when I learned how old my grandma was. What I thought was funny about my grandma Charlotte being only 60, was that yet again, I thought she was ancient.  She just always looked old to me. Her cute white curly hair, her gold or silver-rimmed glasses.  The way she fell asleep before and sometimes even after dinner.  The way she pulled up her compression stockings so slowly and acted as if it was an Olympic event.  But this was also when I learned that I was a horrible judge of age.  I was basing my determination of someone’s age solely on physical appearance. In my 10 year old brain, if you looked old, you were old.

I remember meeting my husband’s grandma Rosemary for the first time.  Infectious laughter and a sheepish half-mouthed grin. She would squint her eyes shut when she laughed.  She was an amazing listener and genuinely cared about what people were saying. She was spry and seemed so very young, even though the beautiful lines on her face told a different story. She golfed so well I thought it was amazing. She would walk the whole course. She was someone to behold. This was one of the first times I saw someone who was Young At Heart and it showed in every aspect of her life.

In my 20’s, I met a woman who was in her 70’s and she was hysterically funny. She found humor in the mundane and was always sure to create fun where ever she went. Marilyn sold Mary Kay cosmetics, had the most beautiful outlined lips I had ever seen and I truly believed she could have been a silver screen movie starlet back in the day.  She struggled physically and was often in pain. On one of those tough days, she leaned in and said, “Yes, beauty is in the eye of the beholder, but until the day I die, I plan to give the beholder something to marvel at.”  I loved that she felt this way. She talked often of putting in a little effort and never leaving the house without moisturizer.  So to this day, my collagen elastin moisturizer is my best friend every morning.

My sister Angie no longer feels the need to let everyone know that she is older than I am. Rather it is me stating that I am the youngest.  When did I start wanting others to think that I am younger than I am?  I will be 43 in a few days.  My 40’s have been kind to me. But will I soon start saying I am 29 and holding like my grandma Re did? Will the old saying, age is only a number, mean something more to me than it does now? Because 43 seems a little bit old to me. Just a little bit.

I know my life has been well spent.  Loving the Lord and seeking him daily.  Being a helpmate and wife to my husband. Loving and pouring into my children daily.  Working in a field that I adore. Writing stories that matter. That hopefully make a difference.  I love people and I love helping and encouraging them. I want to be the person that goes above and beyond, not for the acclaim of others but because I am called to and desire to serve people.  If I am able to help, then I always will choose to.  I want to change the way we look at age.  Especially the way we as women look at age.  Rather than dreading another year passing, looking forward to what is yet to come. What new adventure awaits just around the corner. I want to encourage women to not to shut down as they enter their later years but to be reinvigorated and to desire each new day to be full and well lived. I want that crazy idea that age is just a number to remembered.  Because it is.  It only marks how many years we have spent on this earth.  And I for one, choose to not focus on the number, but rather the ability to learn and experience more each new day. So bring on 43. I might still say whoa there to 50, but I have 7 years to work I changing my attitude. 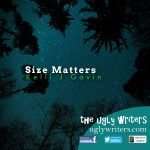 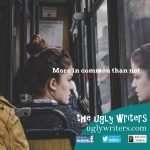 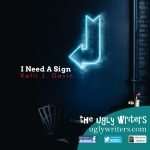 What The Storm Left Behind