Disclaimer: The story and scenes, events, names, etc are all fictional and work of the imaginative mind of the author. 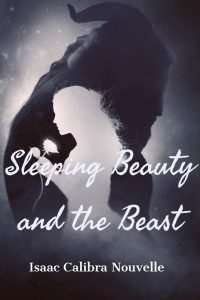 Once upon a time in the faraway land of Land of Isles, the King and Queen had no son, nor daughter. On their ten years of being wedded, they tried over and over again yet nothing came.

Then a day came they had to procure on looking for the seven legendary fairies of the land. The King and Queen ordered their aficionados of the Armed Forces line to look for the fairies for the last chance having their son or daughter.

After those days chasing for them–the fairies–aficionados came with the greatest news for the King and the Queen.

“Your Majesty, we have found all the fairies after spending days of searching,” said the commander.

The King and the Queen immediately stand on their throne and held up their cane as the sign of success. Everyone partied and had fun. The Royalties prepared for the celebration or simply for the grand event of all time.

Many food and plates where drawn out, most expensive stuff were used for their long table at the center of the dining area event hall, golds, silvers, and diamonds on the shining and brightest chandelier in the middle of the place, golden spoon and pork beside the silver-like-shining-plate, and chairs full of rare stones in each corner and side of the long table with matching golden fiber sewed scrupulously.

“We have heard that you’re looking for us, Your Highness,” said the eldest fairy and bowed in front of them.

“Yes, and we’re happy having you in this simple dinner of mine for y’all,” said the King that made everyone laughed.

Who would’ve thought that in this kind of celebration will be considered as a simple one by the King?

Yet, the eldest fairy gave them a horrible gift they have ever received.

“You will be having fun with your daughter with such a goddess face, perfect talent, kindness, and alluring life. Yet, at her eighteenth birthday, she’ll be pricked by the rose and will sleep thousands of years. She will only wake up until the day comes where the beast will see her on the bed sleeping tightly and he will change everything,” said the eldest fairy.

Everyone felt concern for the fairy’s gift. They whispered thoughts and colloquies.

“Beast will find the sleeping beauty for he’s not accepted in the next generations,” added the fairy.

Months passed and the Queen gave birth of a goddess-like-baby named Aurora for she was born when an aurora rose into their Land at the very night.

The King and Queen raised her with full of securities. No roses were allowed, no thorns were drawn out, no thorny flowers on the garden and no needles to be seen in the palace.

Until one day, the King and Queen had an out of town recognition for the Land of Isles which was still strong and living peacefully, they would spent days out there. Aurora had sick as they left, it’s her debut tomorrow. The King and Queen announced that no one was allowed to bring any flowers, sharp things, and thorny stuff in the palace.

Aurora ran and ran all around the palace, she walked in and out her room, roamed around until she was at the top of the palace–the sewer’s place.

Sewers weren’t aware of the announcement for they are all at the top of the palace, they just sew and sew as what they all should’ve too.

Aurora punctually ran inside the room and held the thread and needles. No one was there, it’s their lunch time. She tried to sew the clothes on the top of the chair.

She put down the thread and needle and saw a not familiar kind of flower displayed near the window–it was in the jar-like-vase. This has red petals with a thorny stem and leaves were all green.

She instantly held the flower that pricked her finger. In just a second, she clumsily fell down the floor that made a noise. Sewers right away ran in the room and found out a beautiful lady lying on the floor.

They tried to wake her up yet no response. They even threw water on her face, unlaced her, and struck her palms yet nothing happened.

The news has been sent quickly to the Highness and they came back as soon as they can.

The King carried her on the private room with gold and silver inspired design, soft and fluffy pillows, and sheets. The curse had come and they are all unaware of this.

After the incident, they announced not to go to the room unless they are ordered to visit and look out for her safety.

Years quickly passed, the throne was passed by the Royal Family, and new incident roused so sudden. The Prince was not just a Prince, he’s a beast.

Everyone hated him, they’re shamed having him in the Royal Blood, some pity him and some were not. These made him isolated himself away from his own people.

He walked far away from the Palace though he didn’t know where and what he was doing until he stopped at the murmured Haunted Palace were a goddess sleeping for thousands of year.

He entered the palace and roamed around, he just saw nothing but spiders. He opened all the rooms he saw until he was in front of the last room ahead. He immediately opened the door and slowly entered. It was all dark place–windows were closed, other doors were also locked.

He opened the windows and saw a mosquito net used of gold fibers in the bed. In there, he saw a beautiful lady, no, a goddess. The legendary story he kept on listening was in front of him.

His heart beat so fast as he lifted the net. He saw those plump, red and kissable lips, her skin so shines as fiber, her eyebrows that made her more beautiful, her glamorous eyes even if those were closed. He sat beside her and held her hand. She’s still breathing yet sleeping.

“I’m sorry to do this but this was what I’ve heard in the story of my Mom,” said the beast and slowly lean down his head.

He gently kissed her lips that made a shining light surround them. All the torch had lights, chandelier shines, windows were opened, and other things became humans. Everything changed, everyone roused from sleeping material and she woke up.

The beast held her hand and kissed her thoroughly that turned him into a Royal Prince, a mortal one.

±
❝ There will be a
person to change
everything. ❞