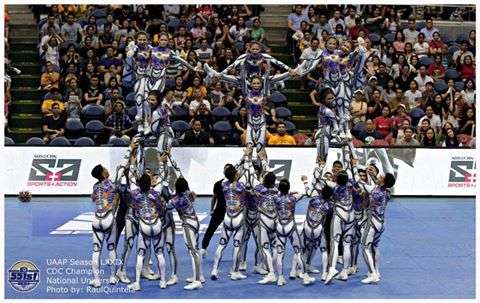 Enthralled with Science-fiction and futuristic dance routine, the squad mastered the art of perfection that bestowed them a total point of 711 out of 800 possible points.

“It was a good comeback for us after that controversial win last year. This is what we want to prove to everyone that we can really win the championship.” said NU coach Ghicka Bernabe in an interview.

National U Pep Squad also ruled the group stunt competition as they garnered a total point of 249 leaving the Salinggawi Dance Troupe of University of Sto. Tomas second with 229 and FEU third with 204 points.

The Smart Araneta Coliseum and the 17, 000 viewers left breathless as they witness the astounding performances of the seven UAAP schools.