A city as big and alive as we’ve never seen before, this is truly a metropolis! There’s little words to describe the vibe you feel here, clearly developed, clearly poor, the disparities are present in every corner you look at and it doesn’t take much time for the city to surprise you, both in good and bad ways.

We arrived in May, a very hot and tremendously humid month, which added to an exhaustive flight, can really put you off and doesn’t quite helps on first impressions! Nevertheless, it didn’t take long for this to be superseded. As you exit the airport you understand two things: one is that Manila’s airport surrounding area is prepared to be used for any tourists landing here with little time to visit. Casinos, mega shopping centres, hotels, and anything entertainment-related is a stone thrown away from the arrivals hall. The second thing you immediately see is poverty. As I’ve never seen before.

And this was shocking. I’ll come back to this later.

We stayed in a studio apartment (Airbnb) in Gil Puyat. Light Rail Train serves this area and we’ve used it a lot. Public transportation works well, but Manila is overcrowded and so are the trains. Again, with heat and humidity the trains feel even smaller, busier and air becomes heavier. Another way of getting around are the jeepneys. In older days, these were left by the US military and then customised, ornamented and used as public transport. In our days these are no longer the same original jeeps but instead a Philippine made version. It continues to serve the same purposes: it covers relatively short distances at a very affordable price, 6 pesos, 12 cents (USD). Make no mistake, the hectic drive along a city that has so many cars, motorbikes, tricycles, people, trucks, buses and stray animals is an adventure on its own. Open at the back and sideways, you simply hop on as the driver stops/slows down. We did a few trips on these, not that these are tourist at all, but quite frankly, the city is not a very touristic one, not for ocidental at least. Korean, Japanese, Chinese and Taiwan seem to be the main visitors along with the nationals of course.

One of the scenes that impressed us the most, as mentioned above, was the poverty. This episode in particular where we were on the jeepney and all of the sudden this child hops on, bare feet, messy hair, ripped clothes, dirt and dust all over. He couldn’t be more than seven or eight years old. He set, looked at us, extended his hand holding a paper cup and started singing. Some sort of a lullaby. In Tagalog most likely. We couldn’t tell. He took almost 2 minutes or so. Most people didn’t make much case of it, they reacted as those who become apathetic after seeing too many and too much. The boy was innocuous. He left after the song, back to the street. It is shocking. To see so much misery, so many people sleeping on the streets, entire families lost on a life that will most likely be forgotten by others, wasted and perpetuated onto the next generations. And that really is what becomes so dangerous. The fact that children still on diapers are already on the streets of the capital.

The real estate and property sector is booming here, and with it slums and shanti towns are a hassle. There’s no space for both and to the eyes of those who rule, the one that generates income must prevail – this is valid for most, or at least many cities across Europe, the problem starts when there’s no social responsibility over the people that become homeless due to the construction of a new residential condo. Even when the option of relocation is given to the occupiers, it’s most frequently too far. Being a fragile community, with limited resources and struggles, finding a job on a different environment most times doesn’t quite work well. This means people end up returning to Metro Manila, and going from shanti occupiers or squatters to becoming homeless.

We are talking about serious numbers, with over a quarter of Metro Manila population living in informal settlements, that’s about 3 million people on the streets.

Manila didn’t feel safe. How could it when there’s so much poverty anyway. But it wasn’t just that. It’s an over populated metropolis, Metro Manila being 12.8 millions.

Walking around areas like Rizal Park, the city’s urban park, one of the largest in Asia you don’t feel unsafe, it’s when you mingle among the locals that realize the fear and the treat that prevails. Security men, armed to the teeth at shop fronts, banks, pharmacies, metro stations, restaurants, apartment block lobbies and pretty much any other business or privately owned property.

But Manila is not just this. It’s also for their people. Being a person that truly loves to visit and explore markets, I always feel these are somehow a reflection of the way locals live, what they sell is what they take home, many times it’s where you see in an authentic way what people eat, what are the things they buy, what’s common. And to establish one’s normality gives you a deeper insight on the way they live. Manila has a lot of shopping centres but it also has an extraordinary number of street markets, happening anywhere and everywhere! Manila’s Chinatown is considered to be the oldest one, and it’s also known as Binondo. We went after lunch, walked for hours but the market place seemed to be endless. They sell everything, from fruit and vegetables, to clothes, shoes, electronics, underwear, gadgets of all sorts and even mobiles (which looked as if they belonged to someone’s). Such an impressive and overwhelming place, I doubt any photograph does it justice.

The other place to visit would be the Intramuros. Now, this really feels like we were dislocated from Manila and placed somewhere in Europe! Intramuros, or walled city, is part of the Spanish heritage and a memory of their presence for long years. Even though its buildings look relatively well preserved there’s little sense of respect for the site that is, since 2010, “on the verge” of irreparable loss and destruction as referred by the Global Heritage Fund. Take your time and really walk around this place, there’s many architectural patrimony to see that is definitely worth the visit. Also not to miss is the religious heritage here. In particular San Augustine Church, a spectacular piece of Baroque architecture, very well maintained, part of UNESCO World Heritage Site and the Catedral of Manila, a building that has been rebuilt many times through the years due to the number of natural disasters as well as bombing during WW2. The Manila Catedral is quite modernized as a consequence of the rebuilding. We finished the trip to Intramuros at the Fort, just by the end.

But if you really want to escape from Manila while still being in Manila, then Greenbelt is the place. A totally new area of the city, high-end, well design and a true gem in the middle of the capital, this is quite a surprise to the eye.

On the other side of Manila is City of Dreams, the iconic poker place, a gaming resort & casino area where the city’s contrasts are bigger than anywhere else. If you take the LRT to the closest station, it will bring you to Baclaran, a short 15min walk from the place where high stake poker players come to win millions, but walking here no one feels like a million dollars. The poverty (and those affected) are neighbours to one of the places in Asia that sees more cash passing from hands to hands. The irony here is that one can totally forget about the improvised tents that serve as shelter, card boards used as beds for those who can’t even afford the makeshift homes hastily built from scrap or the tunnel like homes of the shanty houses in P. Casal District by the creek.

Manila is tough. It certainly opens your eyes to a reality that is unknown for some many of us. But one thing comes across my mind when I think of Filipino people: the hospitality and the always so nice smile. Thank you for not losing your grace!

See you in Boracay & Bohol! 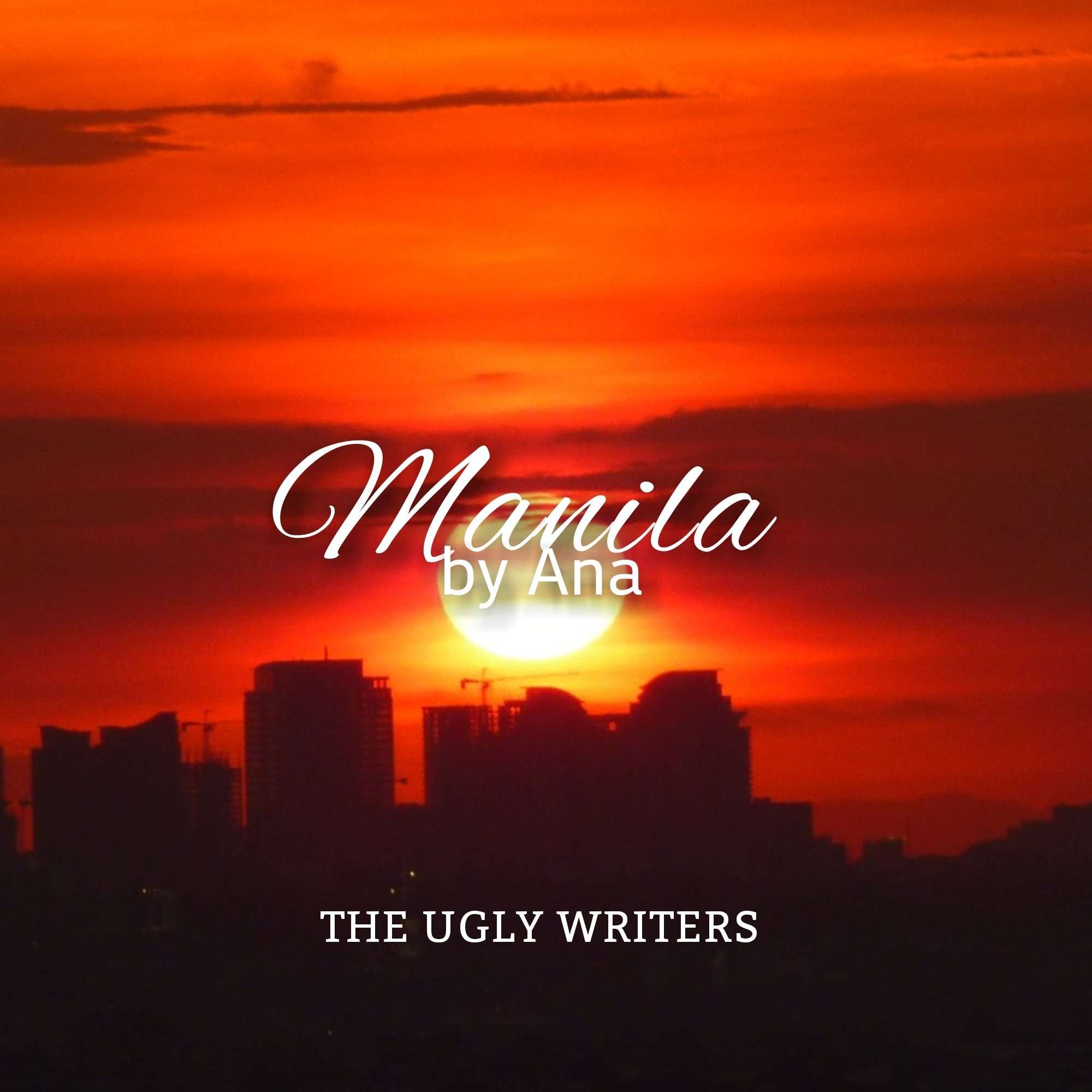 Casupanan, Rhelee Mae B.
Mar142
Sociology MQ2
This article falls under the theory of ethnocentrism. The article suggests that even though Manila is quite a difficult place to live in, the important thing is the people living in it in general. Love for country over places. Exploring our own cities than exploring others.

It falls under Ethnocentrism because the article is all about Manila, Philippines. The author enumerated some places to visit in Manila. He also talked about a certain Filipino trait that he likes the most — hospitality.

this article falls under Ethnocentrism because the article is an eye opener for those who dont know positive attributes of Manila.

Cantuba, Ma. Rinzele L.
MAR141
Sociology MQ2
This article falls under ethnocentrism because it discusses certain traits of Filipino people as well as their culture.

Marcos, Jenny Lee P.
MAR141
SOCIOLOGY MQ2
Ethnocentrism
It demonstrate what Manila is as a metropolis– its public transportation, overcrowdedness,and informal settlements around. However, Manila was lifted by its tourist spots like Intramuros and Rizal Park and the trait of Filipinos as being hospitable.

It appreciates our own city which is Manila..

Death and all his friends

How To Write Your Life As A Process Of Self-Discovery And Self-Building?