Most of you who are familiar with my work in About Lifting know that I believe in the value of “Hard Work” – for me hard work equals HARD RESULTS!! Whatever you are and whatever you believe you are and in whatever you do – this seems to be the case.

And everyone who knows me and my work are familiar with my background in Martial arts. Yes was a Taekwondo Jin during my teens and I was very lucky to have been enrolled in a real Dojang with a real badass Master and not some “McDojo”  Bullsh!t – no b!tch! This the real thing!

Just a little background – I started training when I was in my sophomore years. Training changed me and the way I act and thus the way I was treated by my peers (The kids who made fun of me started to treat me with respect). By the time I was a 3rd year high school, Montea (the dojang I trained in) began handling SALIS taekwondo and therefore the school began participating in the areas Taekwondo meets. I was able to represent SALIS in the Bacoor meet, then NCSU, then made it all the way to representing our North Cavite in the Provincial meet where I won Silver so I wasn’t able to reach STRAA.

So here in this article I will jot down some of the things that you should expect from training in a serious Taekwondo Dojang. I believe that Martial Arts is a good way for our sedentary kids to become enlightened in the way of physical exertion and discipline and in my case it has become a gateway to serious lifting.

Every training session will begin with some hardcore static stretching session that will usually last for 30 minutes. The stretching will assume a cephalocaudal arrangement – which means that you will go from head to foot. My favorite part were the splits which frankly I am not able to do now. Back in the days I can split a full split and stretch my upper body so that my chest would touch the floor.

Other types of exercises and routines are also incorporated into these warm-ups like 5 minute jogging knees to chest non-stop, so it’s not for the feint of heart; you will get used to it after a few sessions though! I was surprised that the basketball team watched in awe that some of them even joined some of the training sessions just to incorporate the conditioning practices – and they were supposed to be having more intense conditioning but they said that what we’re doing is just out of this world.

Try to sit – yes on your arse. Then raise your legs and then your torso so that only your butt will touch the ground. Feel the burn now? This stationary position will work your midsection like hell! This move is very important since martial arts take a lot of power from the strength from your core. We will usually hold this position plus crunching and bicycling the legs for at least 5 minutes.

If you think that this Pacquiao Ab workout was hard, then be prepared to do exactly that when you enter any fighting sport:

Real Dojang will teach you how to fight and will make you spar! My first day of training I sparred a black belt and got kicked hard in the face! As a rule “no-contact” is the number one giveaway that you are training in a McDojo, probably with a fake sensei who doesn’t really want you to progress and just want your damn money.

Turning sides are like front kicks but instead of using the front muscles, you mostly use your hips and the force of your glutes. Turning sidekicks are also known as “Back kicks”. If there is one thing you’ll learn from the sparring sessions, is that you don’t wanna be caught in the bad end of this piercing move! As a Montea Taekwondo Jin we were trained to utilize this kick in a snap and is mostly used as a defensive counter against a head-on attack. If you’re training seriously; then be prepared to parry these kicks often or it can compress your chest cavity like when you get hit by a car – you might even find yourself outside the mat!

Running up and down the stairs

Taekwondo jins need strong leg-power – and what better way to do that than to sprint uphill or up a flight of stairs! Be prepared to stretch your calf muscles afterwards.

So you arrived late for training? 40 knuckle push-up for you, b!tch! On the bright side – you will get stronger wrist; which is going to help you punch a lot harder!

After bowing down to each other, even before the warm up begins – we would kneel down for 3 minutes to meditate. And no, it should not be the typical western concept of “thinking hard” – but simply “empty your mind”. Empty your mind from everything and go back to your essence. Imagine that your mind is a very peaceful river. A disturbed mind is not a mind that will be absorbent to learning.

A disturbed mind is not a mind that will be absorbent to learning.

Well there you go – those are just some of the few things you can expect from a serious martial art session. No we did not Indian sit beneath water falls, nor did we balance atop a mountain – but you can expect some badass training for your body, mind, and soul! I think more people should participate in:

Martial arts, lifting weights, or any sport at all is what everybody needs for health and to become better people all in all – especially teenagers who are prone to trying out stupid vices unless they are occupied with something useful (like sports). I will see you again! If you decide to train seriously, consider signing up for my newsletter and get a free book. Likewise check out my book on Apmazon, Real Talk Muscle.

Yalung, Andrea-MAR142
“What to expect when training in taekwondo”
1. Implicit/ Non-Material
2. Knowledge
3. The Art of Preparation in Taekwondo

Train hard, train smart, and be disciplined: Keys to being a good practitioner of taekwondo. 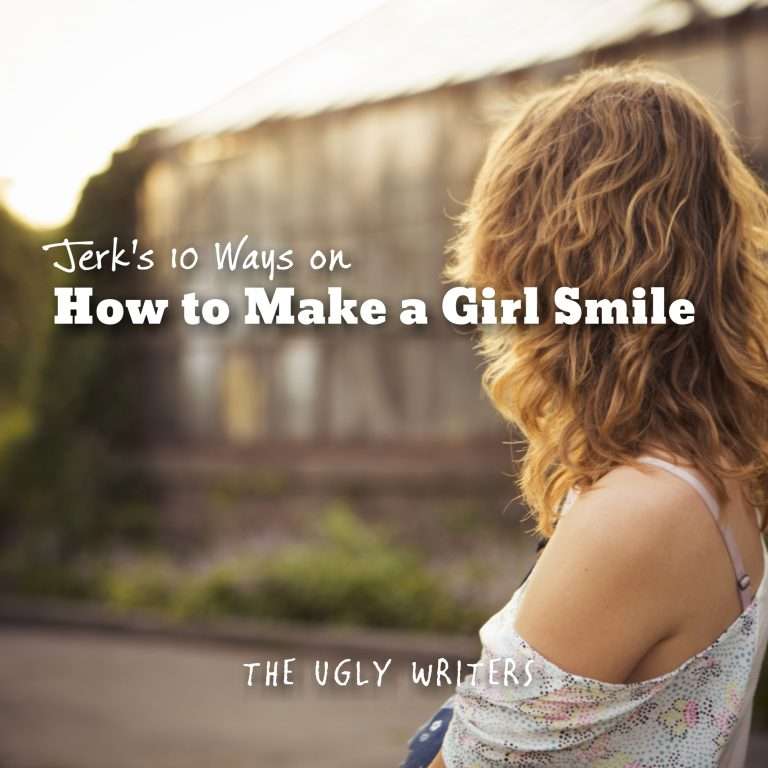 Jerk’s 10 Ways on How to Make a Girl Smile