Android users have been second priority in the mobile gaming industry with some major game publishers preferring IOS overoAndroid.

We still don’t have a legit fighting game except if we consider emulators as one. Playing fighting games on a touchscreen is a mix of good and bad but if one would really want to feel the nostalgia of button smashing then there are the bluetooth controllers made by iPega available at Lazada.

Now, going back to the lack of solid fighting game on Android, we have all come to embrace the mobile adaptations of Max Payne and GTA (all variations) and a lot of the popular racing games and RPG games once available on PC and consoles only. The fighting game was left eating dust until now.

I briefly stopped checking out good games on the Play Store. Until today.

And just like that, Tekken for Android is now available! 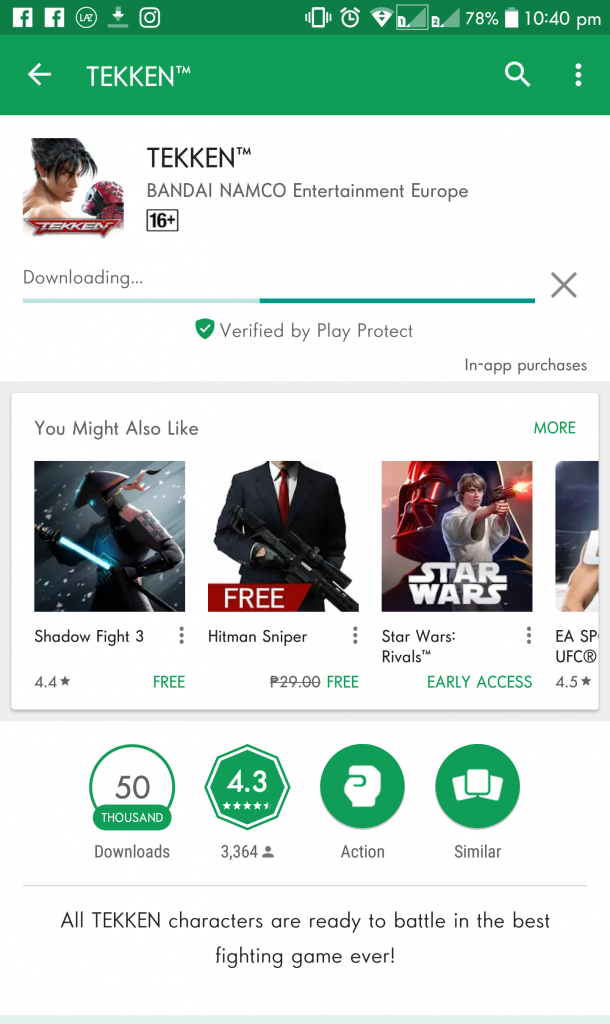 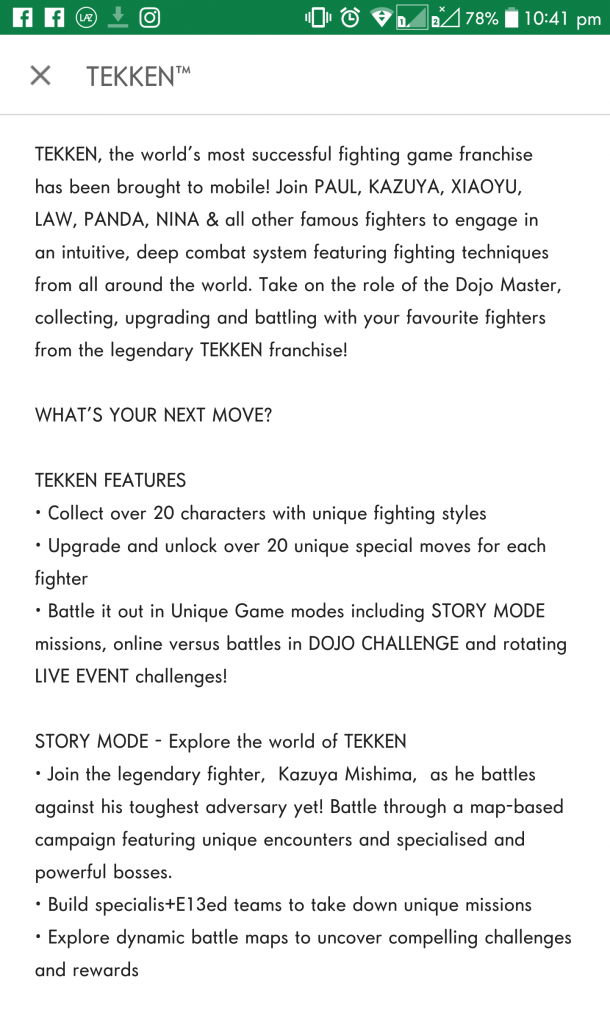 I remember preregistering on Play Store when I first heard about it (about a week or so), and now we’re finally having a respectable (?) adaptation for our smartphones!

So now that I’m done downloading the game, let’s try exploring what Tekken for Android would look like and if it will hold candle to the great experience we had on our console (and emulators if you’re one of those die-hard Tekken enthusiasts).

The game ressembles story based layout seen on Marvel Future Fight and the Injustice/Mortal Kombat franchise.

This “control panel” is aside from acting as your Menu screen will also serve as your screen for your progress and probably achievements.

The screenshot tells you a number of things about the gameplay. On the left panel are your on-game character set. You can change characters and heal them before and after every match.

There is a level system (shown by the Lvl 1 and a single star just below the character’s name). You also earn coins with every vistory (as displayed on the top right side which was a bit covered by my phone’s notification bar). Beside it is a gem (purple) icon that ai think will allow for further expansion of the game, and sadly, the introduction of In-App Purchase System.

I am sporting last 2016’s LG v20. It’s a quad core 4GB semi-flagship. So phones after that, even mid-range ones with a decent processor could run this without any hiccup.

I’m not a fan of In-App Purchases (IAP). It turned me off a bit. I am no shrill. I bought lots of in-game “gems” to progress on some games I used to play and it’s a bit addicting. Hopefully, this won’t be another pay-to-win type of game as this will ruin my fondness for this franchise. NAMCO, give me a traditional Tekken game devoid of all the gimmick for ten bucks and I’ll gladly pay!

Look for our follow-up piece about this game for a more in-depth look at the new fighting game offering on the Google Play Store.