Halloween and Elections are almost a perfect couple. Traditions distorted and twisted, turned into shells of the original.

Eventually, it ended up as a secular celebration for the children of the United States. As a child I ignored all of the ancient, ritual beliefs, dressed up a vampire (it was always a vampire) and tried to go to every house I could, gathering all of the candy available. Ah, man that was living.

Recently, Halloween has been criticized and assaulted as a way to turn our children away from Christian beliefs, and towards a darker, sinister worship. And the debate is often, heated, ugly, and for the most part a little silly.

As a long time fan of the celebration of Beggar’s Night, I respectfully disagree. But, as a citizen of this long suffering, flawed society, during this troubled, uncertain century I stand firm in your right to believe whatever you choose.

It more or less mirrors the political system. Filled with rancorous, acrimonious accusations, slanderous, insulting rhetoric, and pointless, self congratulatory oratory offal. Populated by people pretending to be something they are not, wearing a mask of compassion and concern. We are a nation constantly at war with ourselves. Increasingly, we are a nation at war with others.

It is a terrible vision, watching society attempt to self-immolate, and it is even sadder as the ignition point draws nearer. Barbara Tuchman, historian, author, visionary, thought the future was written in the month of August in the year 1914. In that one month the course of our destruction was laid out, and we have been following the map without detour.

It may have been written on the shores of Marathon in 490 BC, or even in Megiddo in the 15th century BC. The Pharaoh’s army marching all the way from spears, shields and massed infantry to strategic response, and nuclear winter.

Personally, it matters little to me how you vote, or even if you vote. And it may not matter to you, either, if Ms. Tuchman was correct. The script was already written, the actors parts defined, and the end predicted. But, what if she wasn’t? What if there is still time? 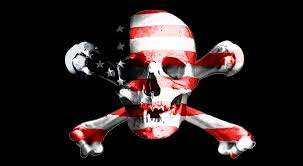 Support Tim Clark by visiting his other write-ups here at The Ugly Writers: