Too angry to believe, too distraught to perceive
I fell into depression’s peeve like a sheave
threaded with disbelief with a broken greave
until I tore my sleeve on sorrows that won’t leave.
I banked on time for solace but all it did was cleave
grief from hope for things I can’t forgive or reprieve.

And as the fires swallowed my cries
I opened my eyes to face life’s lies.
I closed my heart and gave up tries for a prize:
to accept failures without whys and be wise
to break ties and move in smaller gyres
to avoid fires and flat tires caused by familiar mires.

We trust those we love like a hand fits a glove
perceive them like a dove, hold them like a trove
but they break us like a foxglove that cuts with love
and hurts that shove us down until we cough
the very blood of that love as waters that buff
purpose’s rough luff away from joy like a bluff.

Too cold to find warmth, too aloof to belong
I stand with indifference to face loss with acceptance.
Too broken to be pieced up, too lost to be found
I sit down with aimlessness and wander in endlessness.
Too drunk on despair, too angry to be kind or fair
I talk bold and look old yet refuse to be told who to hold.
Aloof is proof that love and passion can too go in a poof
even for love that’s over the roof, nothing’s bulletproof! 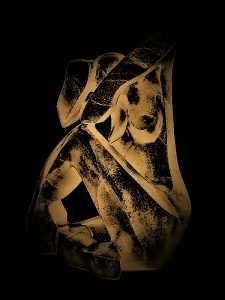 Author’s Notes:
Fear of anchoring, belonging, trusting, and letting go is the result of broken relationships and betrayal. This is a fear that haunts through all one holds dear and wants to endear. It is a chain that remands a heart into seclusion, a mind into isolation, a soul into desolation, and a life into destruction.

Inspired by: Blood Wedding – Lorca 1932
To be silent and consumed by fire is the worst punishment on earth, of those we inflict on ourselves. What use was pride to me, not seeing you, and you alone, lying there night after night? None at all! It served to stoke the flames higher! Because one thinks time is a cure, and the walls will shut things out, and it’s not true, it’s not true. When flames reach the heart, they can’t be quenched!

Catch more of Pasithea Chan with her previous posts here. You can also find her brand of poetry on Facebook. 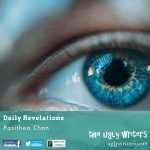 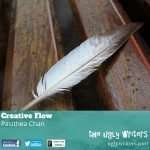 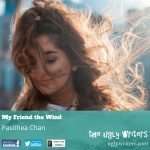