As a child, you are taught the importance of the accurate measurement of time. The big hand, the little hand, the fast-moving, long, skinny hand they always seemed to ridicule, all described in glorious, Gregorian detail. Time is everything, and if you didn’t believe that try showing up late for 1st-grade class. Time was a tool to provide the gauge of just how awful you were.

Time, you learned later, was a constant. An unchanging motion, or fixture, or state of decay, despite being absolutely distinct from any method used to measure its passage. Sixty seconds would always be one minute, and 3,600 of them an hour. The people who always lectured the most on the passage of time didn’t want to answer a lot of questions about it. And they hated the really difficult questions; “why is this taking so long?”  “When will this be over?” Those were the kind of things that got you sent to the Principal’s office, a place where time stood still.

But, you never really understood time until you got a job. Once you are trading time for money everything started to make sense. Once that “commodification” takes place then the true value of time becomes apparent.  “Love to come to your pre-sentence hearing, mom, but I have to work. Time is money, you know?”

And then you learn how to sit there counting down the days until vacation, or the weekend, the minutes, or seconds until lunch, or quitting time (which is kind of mislabeled, it isn’t when you quit, I won’t make that mistake again) then you understand the real measurement of time. Newton’s first law be damned. The last five minutes of a day can be an eternity. Space contracts and time expands. Until the walls are crushing the life from you and you develop a type of clairaudience, the ragged, nasally breathing of your co-worker grates on your nerves until you consider driving a letter opener through their ear into the center of their brain. The last day before vacation is a black hole. A glacial passing of time, it is a geologic record on payroll. And if you are lucky enough to make it to the last five minutes on the last day before vacation you might want to bring some extra lunch.

Really, it is no wonder people have been fascinated with time since a long, long time ago. It is the thing that gets us through the day. Watching the clock, counting down the seconds, cursing the dragging, crawling sometimes stopping seconds, because you just know the minute hand never changes. Never!

And you wonder “what bastard invented the digital clock, anyway?” At least with an analog clock you see the destination. Five o clock, target acquired, assume attack formation. With a digital clock it is only the present, only just now, and when it is gone there it is again. Damnit, it’s always now.

Really, they should teach you more about time in elementary school. How to live through it, how to endure the worst parts of it. When you are forced to pick it up on the streets the whole thing gets a little weird. I’ve never really been convinced that it is even real. They’ve told me so many lies one more would hardly be surprising. If it does exist it should be a little better regulated, maybe they should just tell you how much you have, then you won’t have to listen to all of the efficiency experts whining around about wasted time. But maybe Dylan was on to something when he warned us “the times they are a changing’.” 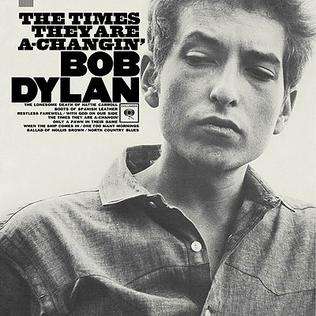 Support Tim Clark by visiting his previous write-ups here at The Ugly Writers. 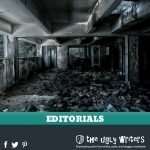 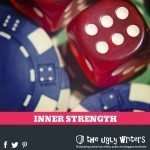