The Beautiful and Sad Truth About Ghosting

Ghosting,​ as we all know, is the act of suddenly ending a relationship by cutting off all means of communication without any explanation. If you’re at the age of 30 or below, chances are you’ve been ghosted or you’ve ghosted someone before.

And if you’re a Filipino who is updated about the recent Showbiz news, there’s a high possibility that you found out about the meaning behind Ghosting because of Gerald Anderson who allegedly ghosted Bea Alonzo for Julia Barretto (HAHAHAHAHA sorry I just have to!).

Like I have said in my previous work about dating, people nowadays have a short span of attention due to the easy access to different kind of people online. May it be via sneakily sliding into DMs or aggressively asking someone for sex via dating apps.

This month’s theme is about seeing a glass half empty and half full. Now, is there really a way to see Ghosting as a glass half full? We’ll see.

Personally, I am guilty of ghosting people as it is the easiest way of getting rid of ones you have zero interest in. Part of me believed that most people are not really fully interested in me that they wouldn’t even notice me vanishing into thin air all of a sudden because they’re probably talking to various people while talking to me.

On the other hand, I have also been a victim of Ghosting, too many times. Sometimes by people whose existence wasn’t really much of a big deal to me. But on some unfortunate times, I have been ghosted by ones I actually had feelings and attachment for.

I have never felt worse.

I was left questioning my worth and asking where did I go wrong. I thought, maybe, there was something wrong about me that made him run and leave. Was it the way I talk? Was I not pretty enough? Was my laugh too loud and ugly?

I never got an answer.

Over and over again, I have been ghosted, until such time that I didn’t feel anything anymore. I just developed the sense of expecting the worst in every possible relationship that presents itself in front of me.

I now start talking to people with the belief that after a week or two, they will lose interest and decide to vanish.

It’s sad when I realized that I already have this mindset. That I don’t try to question the reason why people decide to leave my life anymore. I don’t question my worth nor think that something might be wrong with me. I just straight up go on with my life as if nothing happened.

I already stopped getting attached and expecting.

I already stopped letting people in.

The good thing about being ghosted too many times is that I have become more aware and sensitive to other people’s feelings. I don’t give out false hopes, and I don’t allow myself to suddenly disappear without a trace. Because I now know how much it scars somebody. I am now well-aware of how much ghosting can damage one’s perception of love and affection. Glass half full.

I learned it the hard terrible way.

How they treat you says a lot about them and nothing about you.

Ghosting is a terrible thing that can leave a person damaged for a long time, but it can also be a good learning experience. One of the most important thing that I have learned through the concept of ghosting is to learn to leave the table when respect is no longer being served. If you’re not being treated the way you deserve, leave. If he doesn’t look good for your future, leave. If he doesn’t put in any effort, leave. If you are aware that he is just in your life temporarily, leave.

Leave, not ghost. It wouldn’t hurt to act like decent people, to be honest. It wouldn’t make you less of a man or woman if you tell a person straight up that you’re not interested anymore.

It’s a sad concept to grow accustomed to, but we can always look at it on a more positive note. It is a learning experience, and it can teach us to be kind the same way we all want to be treated kindly.

More than anything, please, please, guide your heart.

If you liked The Beautiful and Sad Truth About Ghosting, check Marge Villaester‘s own site at The Wannederess and support her by reading her previous works at The Ugly Writers: 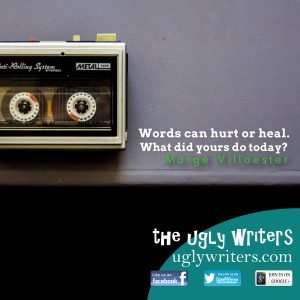 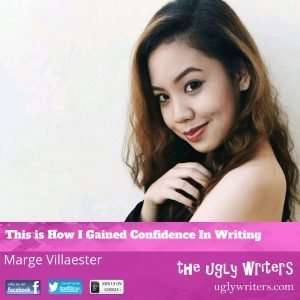 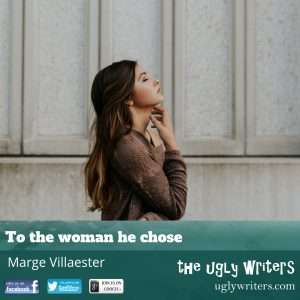 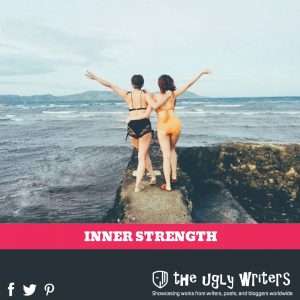