It was quiet when I got there. As if no one was home.

It felt odd. And I knew something was amiss. And I knew well to listen to my gut feeling.

And there she was. On the floor. With red liquid surrounding her, like a crimson blanket. It’s as if her angel wings had melted and turned red.

For a few seconds, I was dumbstruck. Breath caught in my throat, and as if my heart stopped. And then panic rose. It surged. And I ran to see if she’s still breathing. Barely. There was almost none. And the way I look at her face, it’s as if she didn’t want any. No more fight. Nothing but surrender. She was resigned.

Then I saw the knife. Stained with the crimson liquid that also covered her hands. By the looks of it, she made sure it cut deep. And twitched it. She was’t planning to live.

And my eyes turned into waterfalls. My heart broke for this girl. And while I whisper soothing words into her ear — my futile attempt to bring her back. I kept asking, “What have they done to you?” And it breaks me that there would be no replies this time. No witty comebacks.

And I dialed for someone I never wished to talk to again. I know if there was anyone who could revive her, it would be him. And I would do anything — everything — to have her back here. Breathing.

There was none on the other end of the line. And I gave up trying. It seems it’s over. And I just kept crying. Her pulse grew weaker, her breathing more shallow. Her face, whiter, and her whole body colder. Is this how cold she must have felt? Had she been that scared to do this to herself? I loathe how much everything had turned out. I’ve seen it all. Yet I could only watch. Every time I try, she just smiles. She pretends everything is fine. But I know it was all a lie. And yet she just smiles.

I held her bloodied hands and placed it on my cheeks. I called her name as if she would listen and hear. I had to try. Maybe this time, she will. I wanted to keep hoping.

I was jolted by the phone’s ring. And my heart broke, for a lot of things. Regret, hope for her, and anger. A lot of the latter, for the caller.

I sighed before I answered. I sighed again after we spoke. He’s on his way. Hopefully, things would be okay. I hope she would be. I wanted her to live. But we’re hanging barely by a thread. Still, a little hope is better than none.

Not long after, I heard the door open, and I was staring at those brown eyes again. And I wanted to scream at the unfairness of things. But she should come first. She should have always been.

Another sigh, before I spoke. And allowed him to get to her. And I walked away. The feeling of dread departing. I felt hope rise from my heart. Somehow, something tells me she would live. Maybe. Eventually.

Tower is here. Angel would be safe again. Should be. Hopefully.

Read more entries under the theme Catharsis: Healing Through Narrative only here at The Ugly Writers: 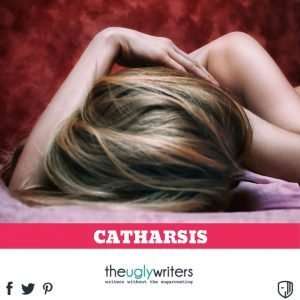 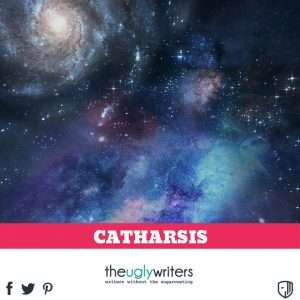 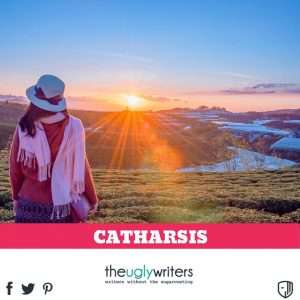