DEAL is a short story written by Reiu Somao-I and shared with The Ugly Writers under the theme The Games We Play for the month of April.

“Let’s make a bet. Make Jade your girlfriend before the school year ends.”

That was a bet Drake made with his friends when the second semester of their third year in college started.

Jade was the best student their department has, the top one in academics labeled as nerd. She has no appeal according to many and the only thing good about her is her brain.

Drake was the popular guy. He dated almost half of the girls not only in their department but within the whole university.

He started to do the bet and approached Jade by approaching her asking some questions first about their subjects and all.

“What do you want?” Jade asked him one time.

“I just want to be your friend.” Drake nervously answered. One thing he discovered while he was trying to get close to Jade, she was too instinctive.

He gulped and sat beside Jade with enough distance. Drake looked straight into Jade’s eyes.

Jade looked at him and blinked her eyes several times. “Oh, okay.”

Drake was speechless. He didn’t expect that it was that easy. “Yes? I mean, did you just agree to date me?”

He was happy because he actually won the bet just like that but he needed to sustain it for at least a month then dump Jade afterwards to complete the bet.

“But I have conditions.”

Drake was about to celebrate but he was halted when he heard Jade say those words.

“One, don’t cheat on me behind my back. If you want to cheat with other girls, do it in front of me. I promise I won’t scandalize you. In short, just be honest.”

Drake raised his eyebrow, that was an unusual request. He was about to say something when Jade continued.

“Second, if you want to break up, just tell me the reason why and don’t make any excuses. In short, no drama.”

He was about to open his mouth again to answer but the third condition stopped him again.

“Third, I’ll do my best while I’m your girlfriend but if you end things between us, there’s no second chance or comeback.”

Drake could only nod his head and agree to those conditions. That day was their first day being a couple.

The next day, rumors were spreading like fire that Drake and Jade were officially dating. Some said it was a bad choice for Jade and some said she was another victim of Drake, an addition to his collections. Others claimed that it’s a very unique pair and they are looking forward to what will happen next.

Jade was the same as usual, she excels in everything but she would spend time with Drake whenever the latter is not with his friends.

Drake could actually tell that Jade was indeed her girlfriend because he could feel the care and attention Jade was giving him. Although he felt guilty at times, he actually enjoys Jade’s company.

However, he doesn’t feel any attachment towards Jade. One time, he was seen by some of Jade’s classmates hanging around with a girl. They told Jade about it and when they went to the cafeteria, Jade and her classmates clearly saw Drake and the girl flirting at each other.

“Jade, aren’t you going to confront him?” One of her classmates asked.

She shook her head. It was then when Drake noticed her. Their eyes met but Jade didn’t flinch, Drake also looked calm too. They know the condition. Jade walked away with her classmates. Everyone who saw what happened felt the tension. Some even talked about it.

When their afternoon class started, Drake casually sat beside Jade after greeting his friends. Some of their classmates saw his action as shameless. He even dropped a peck on Jade’s head to show affection but others saw it as a disgusting act after what they saw in the cafeteria.

Jade didn’t say anything about the incident. It was repeated several times but Jade didn’t react either. Not until one day when someone sent Jade a picture of Drake kissing another girl. It was not a scene she saw with her own eyes. After confirming it was a recent one, this time, she reacted and confronted Drake himself.

They were having a meal in the cafeteria when Jade showed Drake the picture of him kissing a girl. His eyes dilated with shock. He looked at Jade.

“Is this true?” Jade spoke.

Drake knew that he couldn’t deny it with clear evidence. He just needs to admit it.

The photo already spread like fire and many have cursed Drake for doing it. Others blame Jade because she tolerated it.

“Is it good?” Jade asked again.

“I’m asking you if the kiss is good?”

Jade just nodded her head. He didn’t hear anything anymore from Jade after that. Drake was supposed to see her off when their class ends but Jade said she has something to do first and didn’t let Drake come with her.

Meanwhile, since it was the weekend, Drake went out with his friends to a club.

“Drake! Aren’t you going to break it off with Jade now? You won the bet already.”

“But aren’t you going too far cheating in front of her? Jade is actually a good girl.” One of his friends said.

His friends looked at each other and didn’t say anything anymore.

A month has passed and it was their first month being a couple. Some congratulated them, others doubt their relationship was even true.

They had a date and decided to eat lunch together. Jade was dressed casually while Drake was looking good as usual that girls were even eyeing him.

Jade is not a picky eater, she’s actually very easy to please. Drake also likes it when Jade would pay attention to him and how she remembers all the things he likes. He also likes the fact that Jade is not nagging him about every little thing. Just like he said, having Jade is very  convenient.

However, Drake considered that day as the last day of their play. When they are about to part, Drake the bomb.

The young lady tilted her head as if she was waiting for something else.

Drake continued. “I don’t like to continue this relationship with you. I just realized we are not compatible.”

The young man was caught off guard. “That’s it?”

Jade nodded her head. “Is there anything else you would like to say?”

“Didn’t you already say the reason? My second condition was fulfilled. I think that’s enough.”

“Aren’t you going to persuade me?”

“Don’t you ever feel something for me?”

Drake smiled for a while. He felt like he really won this bet because Jade fell for him.

“I…well…this is goodbye I guess.”

“I see. Then, don’t forget the third condition.”

Jade walked away first. Drake felt like everything was unreal. That night, he went out with his friends again and told him that he broke it off with Jade.

“Why don’t you look happy? I won the bet, give me my money. Hahaha!”

His friends looked at him with indifference. Drake was laughing and partying hard. He looked like he was the happiest.

Several days passed after their break-up, news spread fast again. Some expected it, some were shocked because they thought it would last, while others thought it was a good show.

Drake saw Jade in one of their classes and he casually greeted her. The lady greeted her back as courtesy but it felt like they are back to square one, just classmates.

Everything was back to normal but Drake only thought of that for a while. Whenever he’s with other girls, he would unconsciously scan the surroundings trying to check if Jade was around.

Sometimes, he would wake up late because he would forget to set up his alarm. There was no more Jade who would call him to wake him up.

There are times too when he would unconsciously show off in their classroom or be loud to get Jade’s attention. His friends noticed this at some point.

In one of their class activities, Jade was called out by their professor and asked to choose a partner she wants to do the activity with. Drake wanted to be picked so he told his friends to shout his name.

Lance was the second best in their department. He doesn’t look like it but he’s also smart and has good looks too. Jade really gets along well with Lance.

Noticing this fact, Drake started to be wary of Lance. He doesn’t like the way he’s behaving lately.

One time when he and his friends were eating in the cafeteria, Drake couldn’t help but approach Jade. “Can we talk, Jade?”

The lady looked at him. “About what?”

“Just some things. Only the two of us.”

Jade nodded her head. They went to a more quiet place to talk.

“Jade, can we get back together?”

She tilted her head and stared at the man who used to be his boyfriend.

“Can’t you just ignore that one? I’m already going crazy for weeks or even months now. What did you even do to make me unable to look at other girls? Even if I do, I’ll just end up thinking of you.”

“I didn’t do anything. Are we done here?”

Jade didn’t even wait for him to finish and she just walked away leaving Drake with a confused heart and mind.

Since he knew Jade’s schedule, he waited for Jade in the waiting shed where she usually takes her ride home. It was also the place he would see her off when they were still together.

He was about to approach him, yet, he stopped halfway and hid himself because he saw Lance together with Jade.

“I heard Drake talked to you.”

“Yes. He wanted to get back together with me.”

Drake could hear their conversation from where he was standing.

“Aww…that’s a bummer. I thought he’s a tough one.”

Drake’s heart shattered into pieces. He even saw Jade receiving money from Lance. It’s heartbreaking to know that he realized Jade’s importance to him too late, but what broke him the most was he was played with by Jade.

“Aren’t you going to show yourself… Drake?” He was startled and he slowly turned around only to see Lance and Jade looking at him. They knew he was there.

“Is it true? Did you have a bet on me?” His low voice asked. He clenched his hand on the sides to suppress his emotion.

Jade snickered at him. “Yes. Isn’t that the same as you did with me? Make me your girlfriend, huh?”

Drake’s eyes dilated. He couldn’t believe that the woman who’s looking at him with such disdain in her eyes was the same girl he fell for.

“Fun, isn’t it? I played your game, Drake. Thanks for playing, it’s game over now.”

With those words, Drake was left behind by Jade and Lance who rode the same bus wearing a mocking smile while looking at him pitifully.

It was then when he realized, he made a wrong deal with a devil in disguise.

Give some love to Ms. Reiu Somao-I by reading her previous entries at The Ugly Writers: 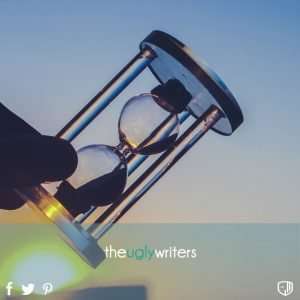 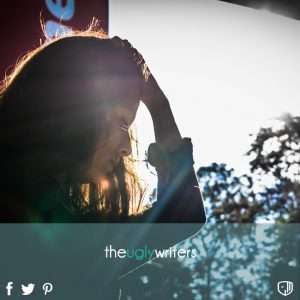 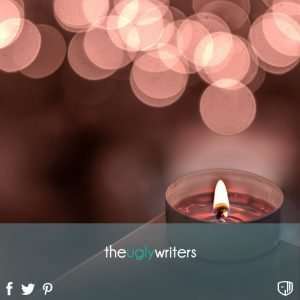 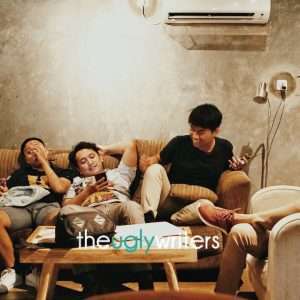